She was preparing to ingest and transport pellets of the narcotic, police said 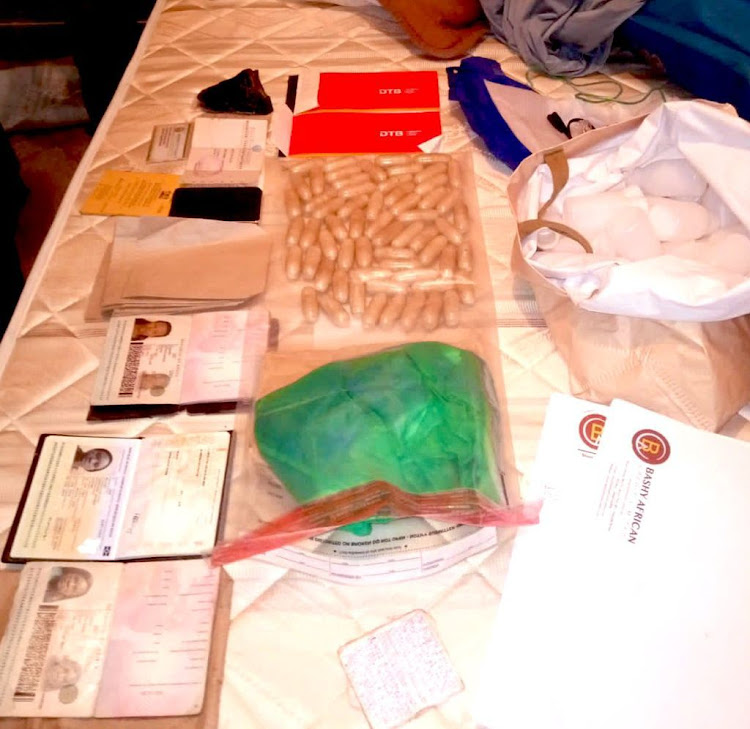 HEROIN Some of the items recovered from the drug suspect’s house in Kayole.
Image: DCI

A woman believed to be a hospital nurse in Nairobi was has been arrested and 60 pellets of heroin recovered from her.

Beatrice Awuor Odhiambo, 42, was produced in JKIA narcotics court on Wednesday and police were given two days to hold her while they investigate.

She was arrested on Tuesday when transational crime detectives stormed her house in Nasra area in Kayole.

Police said the woman was believed to be preparing to ingest the narcotic pellets for transport to an unknown destination.

Police say traffickers now commonly use roads as opposed to airports to carry out their business. Heroin is the most trafficked drug by road from Tanzania and through Uganda.

Ingesting the narcotic pellets can be fatal if they burst inside the body.

Detectives ransacked her house and recovered her passport and those of two other people.

They said one of the others was a known drugs trafficker with a case in court.

A digital weighing scale was recovered.

The scene was document by crime-scene personnel based at DCI-Kayole. The pellets were handed over to narcotics experts at DCI headquarters for forensic analysis.

Heroin is made from the seed pods of the opium poppy plant.

Cases of narcotics trafficking have been declining due to police operations.

DCI boss George Kinoti said law enforcers are increasingly trying to rid the country of narcotics and more resources are being allocated to the war on drugs.

“If we address the source we can deal with the menace,” Kinoti said.

Heroin is one of the most trafficked and consumed narcotics at the Coast and in the country at large. Cocaine and psychotropic drugs are also trafficked and abused.