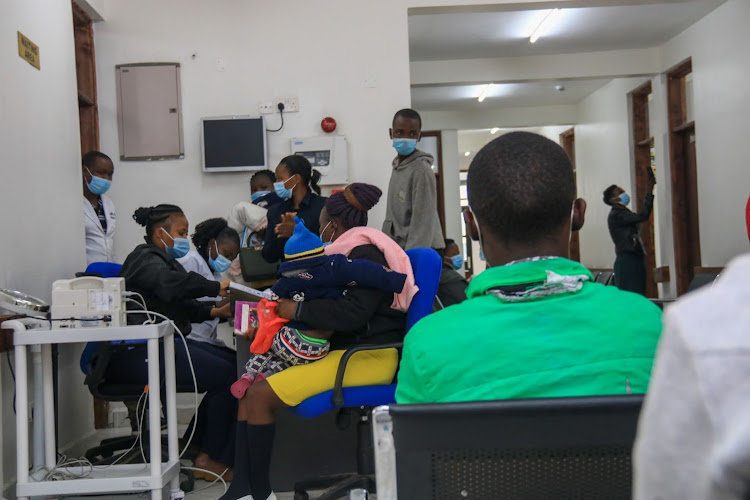 This is according to data from the Health Services director Dr Ouma Oluga.

The six health facilities include Uthiru-Muthua which is a Level 3 hospital while the rest Kiamaiko, Soweto, Gatina, Ushirika and Green park are Level 2.

A Level 2 health facility is referred to as dispensary run by clinical officers.

It offers outpatient, VCT, tuberculosis, laboratory, antenatal and postnatal services, curative treatment and issuance of referral letters to other facilities.

Level 3 facilities are referred to as health centres and are run by at least one doctor, clinical officers and nurses.

Uthiru, Kiamaiko, Soweto-Kayole, Ushirika and Green Park were commissioned in February by President Uhuru Kenyatta in the company of NMS boss Mohamed Badi.

Gatina, located in Kawangware, was opened last month by the head of state.

As many as 7,405 visited Gatina hospital in the period under review. Green Park terminus had a patient record of 2,561.

Dr Oluga explained that despite having low turnout, Green Park hospital is a clear demonstration of the need for health services in the city.

“Green Park health centre is operating despite the terminus having not been commissioned. This is a clear indication that people will seek for health services anywhere as long as it's available,” he noted.

A total of 43,945 people sought for outpatient services in the six hospitals, with 27,773 being adults and 16,172 being children under five years. 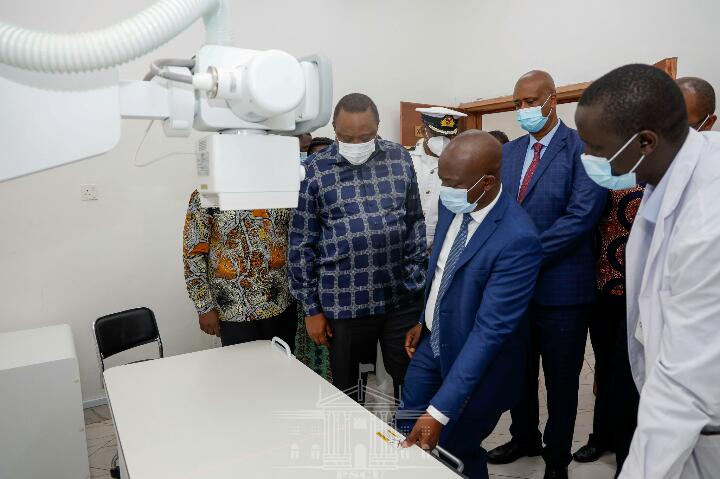 Uthiru hospital had the highest number of outpatient services with 6,743 being adults. Green Park recorded the lowest numbers with 947 patients.

For children under five years, Ushirika hospital which is located in Dandora had the highest number at 5,011, while still Green park had the lowest cases at six.

In terms of maternity, 132 deliveries have been recorded at Ushirika hospital which is the only facility among the six that has a theatre.

The first delivery was made on February 19, a week after it was commissioned by President Uhuru Kenyatta.

However, only one delivery has been made at Soweto-Kayole.

Dr Oluga explained that NMS has trained personnel in the other five hospitals in case of an emergency concerning child birth.

“Level 2 and 3 don't have maternity services but we have set aside a bed where in case there is an emergency, a safe delivery can be made," he added.

At least 6,217 patients have sought for laboratory services in the six hospitals where 2,930 were recorded at Uthiru, followed by 1,059 at Kiamaiko and the least being seven from Green park health centre.

“Haemogram machines are normally found in Level 4 hospitals but as NMS we made sure all our facilities have the machines.

"This is to avoid referring patients to KNH, Mama Lucy and Mbagathi which we are trying to decongest," he explained.

In terms of family planning 3,060 patients visited the hospitals with Soweto-Kayole recording the highest number at 1,000 and Kiamaiko with the lowest at 342.

For immunisation services, 4,642 people went to the facilities with Green park having the highest number at 1,583 and Kiamaiko having the least at 171.

For Post natal care 572 patients sought services from the hospitals while 3,067 went for antenatal care.

At least 8,437 people visited the six facilities for Child Welfare Clinic with Uthiru recording the highest number at 2,262 followed by Soweto-Kayole at 2,187.

Five out of the six hospitals are among the 24 health facilities President Uhuru directed NMS to set up across the informal settlements.

Out of the 24 health facilities, 19 facilities were to be built from scratch while five would be rehabilitated.

Out of the 24, 10 hospitals have been commissioned with the additional ones opened last month.

They include Gichagi in Kangemi, Mukuru Kwa Rueben, Tassia Kwa Ndege and Our Lady of Nazareth in Mukuru Kwa Njenga.

Badi had earlier revealed that through savings, they have built three extra hospitals in addition to the 24 which include the Green park dispensary.

NMS has already recruited 1,691 health staff for deployment across the 24 new hospitals being put up in informal settlements.

The recruits comprised 679 nurses with the rest being doctors and clinical officers.