Already, 104km has been covered of the 408km to be completed by December

• Where adequate space is available, they will include walkways and cycle lanes.

• Most areas have suffered from poor road networks making it difficult to access  critical services and essentials. 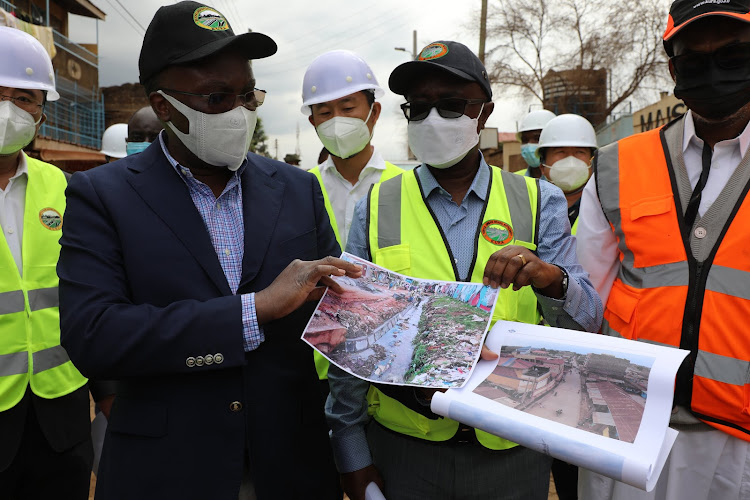 The construction 408km of access roads in Nairobi’s informal settlements is 40 per cent complete.

Transport CS James Macharia on Friday said 104 km has already been covered, estimating the project could be completed by December.

The Sh5 billion project is being undertaken by the Kenya Urban Roads Authority.

Most of these areas have suffered from poor road networks, making it hard to access critical services and essentials.

Emergency and disaster response services have also been hampered by inaccessibility and encroachment on roads.

CS Macharia said the government is undertaking the project to improve accessibility and service delivery, and provide jobs to young people.

Kura director general Silas Kinoti said where adequate space is available, they will include walkways and cycle lanes.

Kura established informal settlements experienced little traffic. They only required access roads that would open up and connect the areas to the city centre.

The access roads project is divided into three components.

Kura sad some areas will get both cabro and bitumen roods depending on the status.

Areas that always have stagnant water will have cabro but areas with no complications will have bitumen. Githurai and Ruai will get both types of roads.