• According to NMS Director-General Mohammed Badi the extension was done to ensure that all commuters and matatus involved are notified of the exercise. 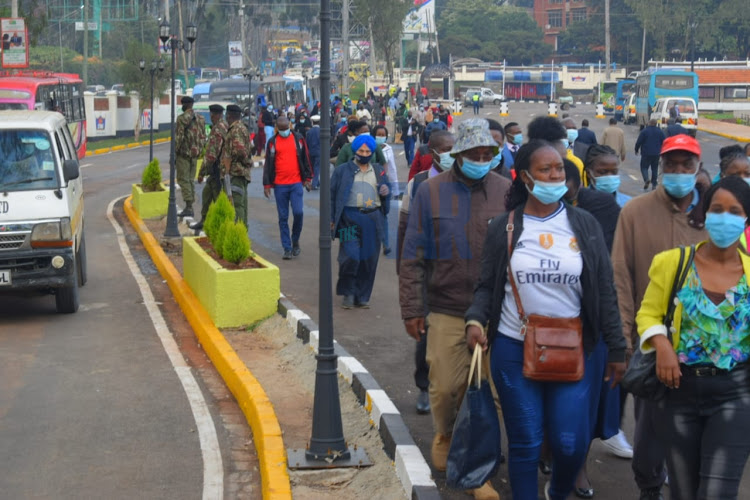 The Nairobi Metropolitan Service in a public notice has announced the third test run at the Green Park terminus has been postponed to Friday.

NMS also announced that the exercise set to accommodate PSVS from different routes will take place from 5.00 am to 9.00 pm Friday.

According to NMS Director-General Mohammed Badi the extension was done to ensure that all commuters and matatus involved are notified of the exercise.

In order to give the test run a smooth-running, NMS also directed that Machakos and Kitengela matatus operating from the Railway Station Bus Terminus to use Lusaka road from Nyayo Stadium roundabout to Hakati bus terminus where Langata and Nairobi West vehicles operate.

After the test run, the matatus will return to operating at the Nairobi Railway Station frontage until further notice.

Badi noted that the process was entering the transition phase of commissioning the terminus and all stakeholders will assess their preparedness for commissioning.

The Green Park Terminus, the former Lunar Park, will be the drop-off and pick-up points for matatus plying the Ngong and Langata routes once the decongestion plan is fully implemented.

One strategy of the plan is to construct public service transport terminals.

The third announcement of the test run which was made last week, came exactly a week to the set date which was unlike two of the previous notices which came barely two days before the exercises.

City residents had accused NMS of poor communication and being ambushed as they were not aware of the two test runs, which have already taken place,

Most of the commuters appeared confused as they and their way to the Central Business District, blaming the NMS for poor communication on the test run.

Some commuters complained they had been ambushed as they were not aware of the test run, which had been announced.

The first test run conducted on April 27, 2021, was filled with confusion and frustrations.

The three-hour test run which commenced at 6.00 am was aimed to observe how the matatus will drop off commuters at the terminal.

Green Park Terminus is among six other termini NMS is setting up for Sh350 million in the plan to decongest the CBD.

It has cost NMS about Sh250 million and so far is the biggest drop-off and pick-up point for matatus on the Ngong' and Langata routes.

NMS transport director Engineer Michael Ochieng' said the test run will be carried out in four phases, including dropping off, use of the electronic app systems, picking up and enforcement.

“Testing is a signal the park is operating and as NMS we want to ensure it is safe, works well and addresses the concern of the matatu operators as well as commuters,” he said.