Token fee to be introduced to sustain Green Park Terminus

The amount will be determined by the activities within the park

• The Green Park Terminus provides eateries, a dispensary, ablution blocks, a police post, a small supermarket and a place for traders and other amenities.

• A business centre with a restaurant near the entrance of the terminus will soon be set up as well as traders allocated some space at the terminus to sell their wares. 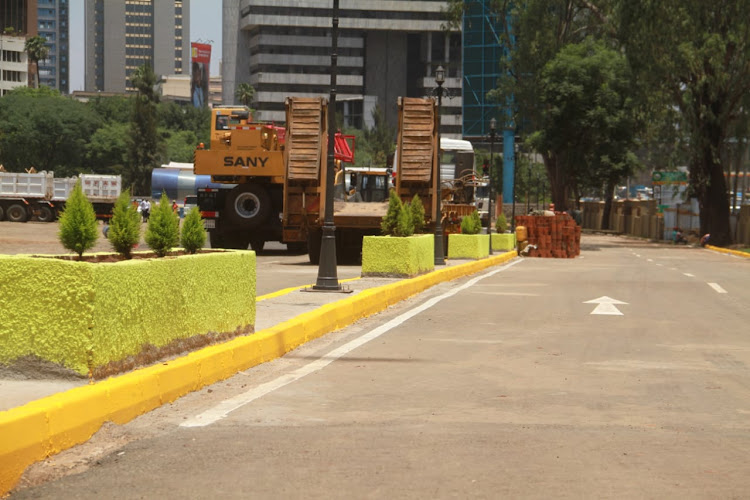 In order to sustain the Sh200 million Green Park terminus, the Nairobi Metropolitan Service is considering introducing a token fee for certain services.

The token fee will be levied according to the activities that will be allowed to take place within the terminal.

The terminal will be the drop-off and pick-up point for matatus plying the Ngong and Lang’ata routes once NMS starts implementing decongestion plans in the Central Business District.

NMS Transport and Public Works Director Engineer Michael Ochieng on Monday said the terminus had to be maintained at very high standards, which can only be achieved by charging the token fee to ensure it is sustainable.

“The park will operate with a certain fee, a token fee, which enables its sustainability.  The amount will be determined by the activities within the park,” he said.

One of the targets is the ablution block that has already been set up at the terminal.

“If you put an ablution block to be completely free you are killing it. How will it be sustained? We have the toilets in the CBD where people pay and the money is used to keep the place clean and pay those who keep it clean,” Ochieng noted.

The token fee will enable the terminal to operate itself in a sustainable manner rather than as a commercial enterprise.

The details of the fee structure are currently being designed by experts who will then inform NMS once everything is agreed upon.

Thereafter, the Mohamed Badi-led team will consult the relevant stakeholders before publicly announce the details as they continue with more test runs at Green Park.

However, Ochieng highlighted that exemptions will be considered while the fee structure is being developed with the elderly and the physically challenged being put into consideration.

He, however, said some exemptions will be made for instance the fees will be structured in a way where certain people pay the amount while others including the physically challenged or the elderly can use the toilets free of charge.

Also, the terminus will host some traders who had been displaced to pave way for the construction of the park.

The traders will also be levied depending on the space occupied and items being sold.

The Director added that the other avenue that might generate income for the park is through advertisements.

Despite being a matatu terminus, amenities will be available to the commuters and PSV staff at the Green Park terminus as it plays host to a number of businesses, financial systems, and eateries that can also be charged a token fee.

A police station, dispensary, supermarket and restaurant will be provided at the locations.

A sitting bay has been set up on the right side as one enters the terminus, where commuters can rest as they wait for matatus. They are coloured grey and blue to shelter commuters from the sun and rain.

As muggers and pickpockets always hide among the crowds, a police post has been built at the terminus to provide a safe environment for commuters and matatu operators.

To respond to emergencies, a small dispensary has been set up.

Two ablution blocks already have been up, one at the drop-off point and another at the pick-up area.

A business centre with a restaurant near the entrance of the terminus will soon be set up as well as traders allocated some space at the terminus to sell their wares.