No jail, let me give land to children — accused rapist, 71

Accused of raping a job seeker at City Park Forest, said two men would join him

• The accused person pleaded guilty, but the magistrate entered a plea of not guilty after accused said he did it alone, not with two other men as charged.

• The accused said he needs to be out of jail to distribute land to his eight children. 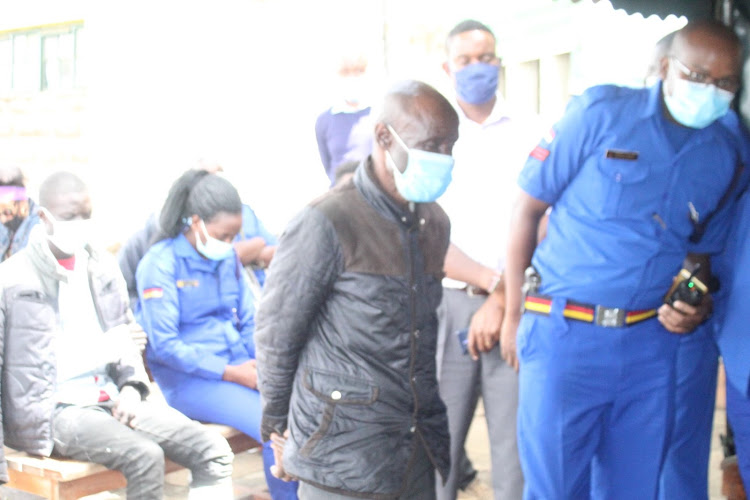 A 71-year-old accused rapist on Tuesday pleaded guilty but said sending him to jail would deny his eight children the right to inherit his land.

He is accused of raping a job seeker in City Park Forest.

Emmanuel Mateka Malele told Kibera senior principal magistrate Derrick Kuto he was too old to stay in jail for long and prison would deny him an opportunity to distribute land among his eight children.

“I don’t want you to take me to the remand, I want to go to prison, forgetting what is good and right," he said.

"I have a letter from Mathare [Mental Hospital]. l was once admitted there, my head is not 100 per cent perfect, here is my document to prove it,”  he told the court.

But court prosecutor Nancy Kerubo dismissed his documents and told the court the document proves he was a normal man who was fit to stand trial.

“The document before this court shows that the accused person is of good state of mind and he is fit to stand trial,” Kerubo said.

Malele also told the court the prosecution facts were correct.

According to the charge sheet, Malele raped PLM on April 19 at 5.30pm in City Park, facts he agreed with.

Kerubo told the court the complainant had been introduced to Malele by a church member and he was to get her a job in Pangani.

The prosecution told the court the woman contacted the accused person and they agreed to meet in Huruma where they walked through Eastleigh to the City Park Forest where she was raped.

“She walked with him and when they reached City Park they relaxed on a bench waiting for a Hindu man who was to give her job to leave the mosque,” the prosecution said. "Leaving the mosque" was not explained.

“He told me that if I refused to sleep with him, two other suspects would also sleep with me and he threatened me with a knife before raping me,” she reported.

On Tuesday, the senior principal magistrate declined to re-enter a plea of guilty against the accused person and ruled that he was not convinced by his explanations.

“I am not convinced by the accused person's explanation and I enter a plea of not guilty against him. I direct he pays a bond of Sh300,000 with the same surety and the matter be mentioned on June 11,” Kuto ruled.