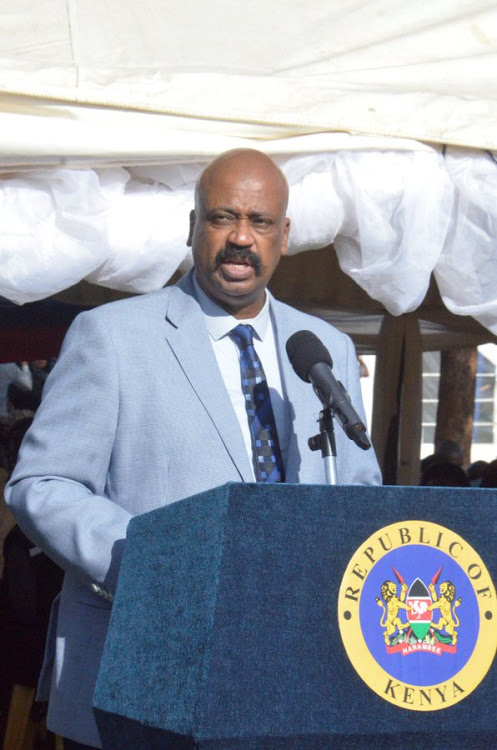 Nairobi is Kenya's epicentre of the Covid-19 virus and the county is one of five disease hotspots with cessation of movement and stricter curfew.

The Nairobi Metropolitan Services has issued a report on its battle against the coronavirus. The report covers March 3, 2020, to April 21 this year.

Men in Nairobi are leading in the capital's Covid-19 deaths, accounting for 70 per cent. NMS said  931 deaths have been reported so far.

The report also shows more men than women are infected and more men are vaccinated.

It did not explain the increased number of men, however. Men are often more active than women, travelling more and in contact with more people. They may also be more reckless, ignoring safety protocols.

A total of 1,060 health workers have tested positive for Covid-19, including nurses leading at 331, followed by doctors at 192 and Community Health Workers at 159.

Since March last year, 1,870 students and 407 teachers have contracted Covid-19.

From January this year until April 21, 1,108 students and 211 teachers have tested positive.

In terms of mortality, deaths among men total  647  out of the total 931 deaths reported. The rest are women. Men are generally considered more susceptible to serious cases.

Among the 931 deaths, 487 had other underlying medical conditions, nine were due to the virus only; data for 435 was missing.

Nairobi has lost 191 heath workers to the Covid-19 pandemic. 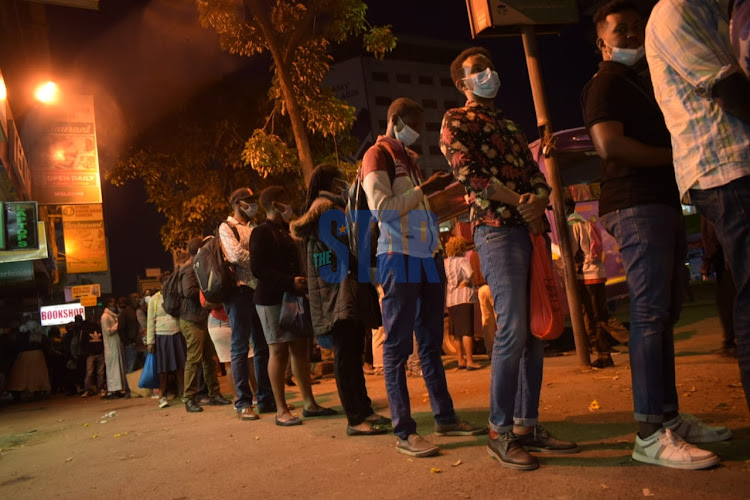 QUEUING: Commuters line up along Moi Avenue as they await Pblic transport for Donholm area an hour before curfew on. April 21/
Image: STAR

A total of 21,926 Nairobi residents have been enrolled in Home-Based Isolation and Care (HBIC), with 20,436 having being discharged and 1,490 currently under the HBIC.

Residents from Westlands top the list of persons under the HBIC, with people from Kamukunji using the HBIC the least.

From March 9, when NMS director general Mohammed Badi launched the vaccination drive until April 21, 247,529 people have received the AstraZenca vaccine. Men led with 133,757 doses and women with 113,694 injections.

“Some Nairobi residents gave out weird phone numbers, there was increase in cross-country referrals, unanswered phone calls with some disputing the results. duplicate cases with two different Identity cards,” the report reads.

Another challenge has been fatigue of the general staff, resulting in slow response to Covid reports and delayed transport for for staff conducting the home-based care assessments.

NMS will continue supporting the subcounty Rapid Response Team in streamlining data capture and reporting systems for surveillance and response.

This includes case investigations and lab orders, Case line-listing, CT, evacuations, including tracking of HBIC Monitoring, case management including documentation for the vaccine rollout and community death surveillance and reporting of the suspected Covid-19 cases.

Badi's team will also strengthen the Covid vaccine roll-out in line with the reorganisation of the phased approach.

Currently, the capital is among five counties that President Uhuru Kenyatta called a  "Disease Infected Zone" on March 26. All movement into and out of Nairobi and four other counties has been prohibited.

Curfew was tightened and now runs from 8pm to 4am in Nairobi,  Kajiado, Machakos, Kiambu and Nakuru. It will run at least until May 21. In other counties it remains from 10pm to 5am.