NMS reactivated 21 garbage collection trucks in October, but their effect not felt yet

• The Nairobi Metropolitan Service, set up with a mandate to reform  garbage collection and disposal in collaboration with NYS appears unable to do the job.

• The county collects billions in revenue from city residents, but it has yet to adequately provide garbage collection services. 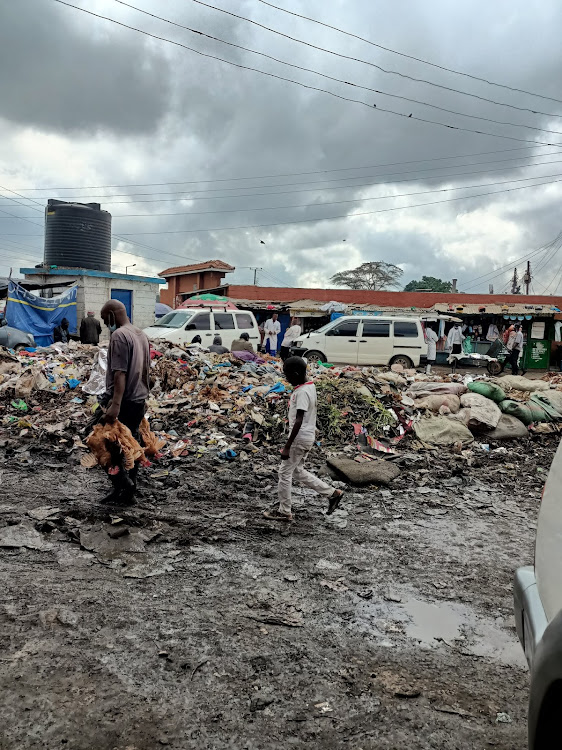 “We appreciate what you [NMS] are doing within the CBD.... but here in Embakasi in every 50 metres there is a heap of garbage. Please do something.” — Collins Ogoma

“NMS you are failing Nairobians. Garbage menace within roadsides every corner of the city.” — John Onduk

“The uncollected garbage in Kasarani – hunters is nothing to smile about.” — Ndung’u Nderitu

“All of CBD has become one large garbage dump. Hawkers and matatus have taken all the streets. Apart from some paved streets, CBD is dirtier and more chaotic than Mike Sonko’s time.” — Maragia Waweru

“Like a road joining Shaurimoyo to Gikomba is now a garbage den yet we have regenerated Nairobi to NMS.” — Dennis Okato resident.

“As we expected, the city is dirtier under NMS than the horrendous Mike Sonko left it. Huge piles of uncollected garbage on roads.”— Jeremy Mumeli 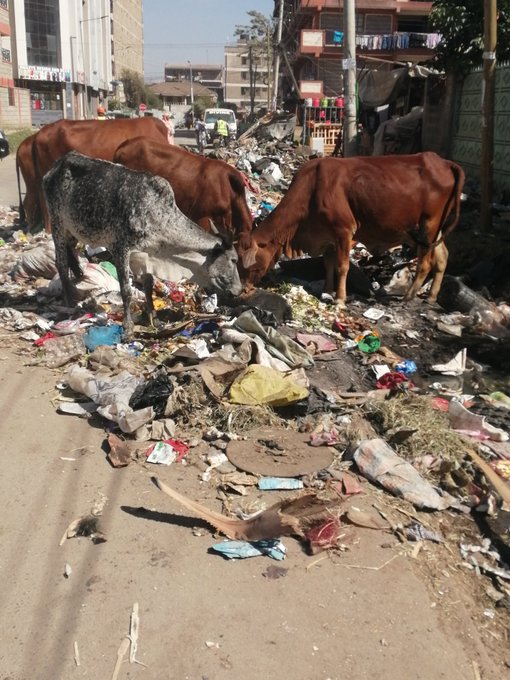 These are some of the voices of city residents complaining about the garbage pile-up on roadsides, pavements, drainages and markets, with the rains accelerating the rotting. The stench is unbearable.

The Nairobi Metropolitan Services, set up with a mandate to reform  garbage collection and disposal in collaboration with NYS appears unable to do the job.

The county collects billions in revenue from city residents, but it has yet to adequately provide garbage collection services.

In October, NMS reactivated 21 garbage collection trucks that had been grounded, but their work has yet to be felt.

Some Nairobi residents say the public is also responsible for the garbage dumped in drainages and on roadsides.

“Dumping garbage even in drainage channels then blame NMS. People have to style up!” Joseph Achote said.

“General Badi should ensure nobody from that cartel at Umoja innercore at garbage collectors point to charge those boys extra cost of Sh50 per mkokoteni for their personal use,” Tabitha Luyali said.

“We really need "national education" on throwing garbage out of the windows or onto the road. I wonder why people do this,” Gloria Mosoti said.

“NMS is way better than the administration you have always stood up for. Garbage has always been used as a tool of sabotage and your hero even admitted to using it against opponents. Soon NMS will crackdown on the saboteurs. Things are no longer as usual in the city,” Gideon Wambua said.

NMS director general Mohammed Badi last year aimed to dispose an average of 3,000 tonnes of garbage to Dandora dumpsite daily. The agency improved its collection from 1,000 tonnes to an average of 2,500 tons a day.

It accused 'saboteurs' of undoing their good work by spilling and piling up heaps of garbage where it had been collected.

Some contractors also went on strike to protest against pending bills at City Hall. NMS had to rely only on the National Youth Service personnel to collect the garbage.

In its first 100 days, NMS mapped 110 illegal dumping sites. Some 82 of them were cleared and others closed. NMS also designated 35 new collection points.

The closed illegal dumpsites and the gazetted new collecting points have never been made public.

Last month, the environment directorate announced that garbage collection would improve as new contractors had been hired, bringing about 205 trucks on board.

The contractors were expected to pick garbage at gazetted points across the 85 wards.