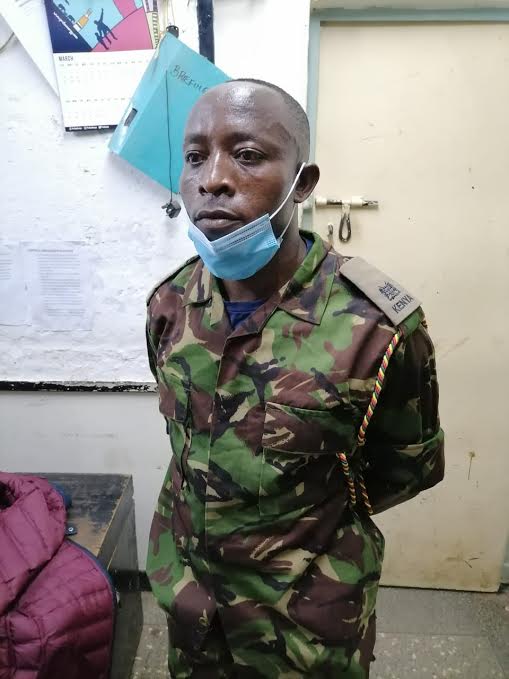 Three suspects have been arrested for obtaining money by false pretences in Kasarani, Nairobi.

One of the suspects was found wearing a military uniform with an insignia of a major in the Kenya Defence Forces during the Monday night police operation.

Authorities said he is not a military officer.

The three were found with a fake military calling letter. The letter was in connection with the recently concluded national recruitment for cadets.

Detectives were investigating a complaint by a group that the three had been obtaining up to Sh350,000 from parents to have their children recruited into the military.

Also recovered were fake calling letters to the Recruit Training School in Eldoret and military certificates of appointment.

Officers are investigating how the suspect acquired the military uniform.

Nairobi police boss Augustine Nthumbi said detectives at Kasarani were working to establish if there were more accomplices.

There had been complaints about people conned out of cash and other valuables by people posing as security personnel.

“A team of detectives is handling the matter. We understand many people have been affected by similar tactics and lost money,” Nthumbi said.

He asked victims to record statements with police.

The suspects were expected in court on Monday to face charges of impersonation and obtaining money by false pretences.

Meanwhile, shortlisted tradesmen/women are set to report to RTS for additional processing and commencement of training.

Roselyne Kimutai, who holds a Diploma in food production and worked as a house help at Kahawa West is among those who have received calling letters.

"My siblings and I have been orphaned since 2016 after our father passed away. It has since been a struggle for our eldest brother to take care of us," Kimutai said on Sunday.

"I am happy that God has blessed me with this opportunity."

Beth Mukiri from Mombasa was equally elated. “After trying for three years, I cannot thank God enough for this unexpected turn of events," Mukiri said.