• In the last financial year, outstanding liabilities increased by Sh200 million from Sh76.7 billion as of December 2019.

• Finance CEC Allan Igambi says debt has continued to rise as a result of  strained revenues due to accrued interest and penalties, especially on statutory debts. 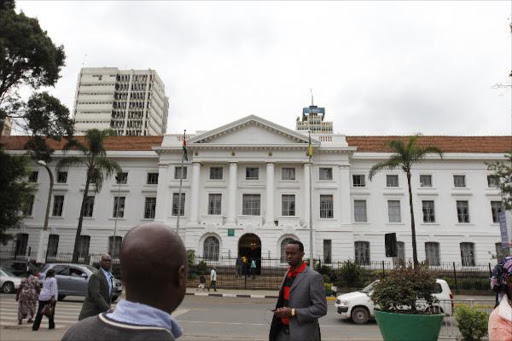 In the last financial year, the county’s liabilities increased by Sh200 million from Sh76.7 billion as of December 2019.

In the Sh856 million way leave by Kenya Power, City Hall has commenced a debt swap with the utility firm. The exchange is part of the medium-term debt management strategy.

In November last year, City Hall relied on power generators for three days after electricity was cut off over an unpaid Sh1.2 billion bill.

Generators were used in selected offices at City Hall Annex and City Hall.

The county has formed a debt collection unit to pursue defaulters.

"If the county is able to collect the account receivables, it will be easy to pay all debts."

Igambi said the debt has been increasing because of limited revenue due to accrued interest and penalties, especially on statutory debts.

“The debt portfolio worsened over the years due to failure to achieve revenue projections and high-compounded interest and penalties charged by statutory creditors,” he explained.

As a result, the county has trouble servicing the debt, resulting in the ever-increasing debt portfolio.

The Sh21.8 billion unverified debt was inherited from the defunct Nairobi County Council as part of the loans taken to fund water infrastructure projects in the 1970s as well, as well as government-guaranteed loans in the 1980s.

Outstanding liabilities to creditors top the list at Sh38.7 billion, from Sh39.5 billion in 2019.

Money owed to suppliers and contractors rose from Sh4.7 billion to  Sh6.7 billion recorded in December 2019.

Payment of legal fees has raised concerns, getting the attention of investigative bodies. What's the legal department for and why outsource so much, critics ask.

In 2019, Nairobi was  among 15 counties flagged by acting Treasury Cabinet Secretary Ukur Yatani over unpaid arrears.

Yatani directed that all verified pending bills totalling Sh51.2 billion were to be paid before next month.