• Nairobi County was allocated Sh294 million which was part of the Sh7.7 billion given to the 47 counties in conditional grants as part of urgent Covid-19 interventions. 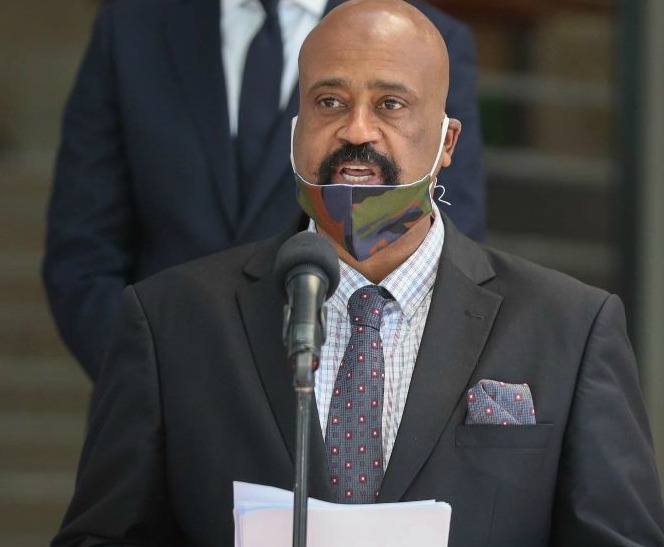 The Nairobi Metropolitan Services has come out to account for Sh294 million that the entity received last year from the State to fight the Coronavirus pandemic.

The County Assembly, through Kayole Central MCA Jeremiah Themendu in a statement sought for the breakdown on the utilization of funds after a special report by the Auditor General Nancy Gathungu revealed mismanagement of Covid-19 funds by County Governments.

The legislator also desired to know the actual number of supplemental oxygen and ventilators in the county health facilities and whether NMS or the County Executive procured the using the Covid-19 fund.

The construction is 95 per cent complete with Sh36 million paid as a down payment.

The health workers were hired from November last year.

“Sh114.3 million was spent on the establishment of treatment centre at Mbagathi Hospital where two blocks were to be renovated to accommodate coronavirus patients, with the renovations still ongoing,” reads the report in part.

To set up an upcoming 90-bed capacity isolation centre at Pumwani School of nursing as well as buying hospital pharmaceuticals and non-pharmaceuticals, Sh12.4 million was spent.

The report further revealed that World Bank through DANIDA donated Sh17.6 million but is held at the Special Purpose Account at Central Bank.

NMS cannot access the funds due to the need for change of signatories.

“This is something that needs to be fast-tracked. NMS is working with the committee to ensure that this is done and harmonised,” Warutere said.

On the issue of ventilators, NMS noted that Pumwani has four which were donated by World Bank through the Ministry of Health while two ventilators at Mbagathi were procured by NMS using Covid-19 funds.

Mama Lucy has 27 ventilators where four were procured by the hospital, five donated by USAID and 18 donated by World Bank.

Nairobi County was allocated Sh 294 million which was part of the Sh 7.7 billion given to the 47 counties in conditional grants as part of urgent Covid-19 interventions.

Out of the Sh7.7 billion, grants from Danida amounted to Sh350 million, allowance for health workers Sh2.3 billion and Sh5 million as conditional grants.