The Sh2.2 billion supplementary budget is currently before the Finance, Budget and Appropriation committee.

• In January President Kenyatta acceded to MCAs' request for a Sh2 million grant each. 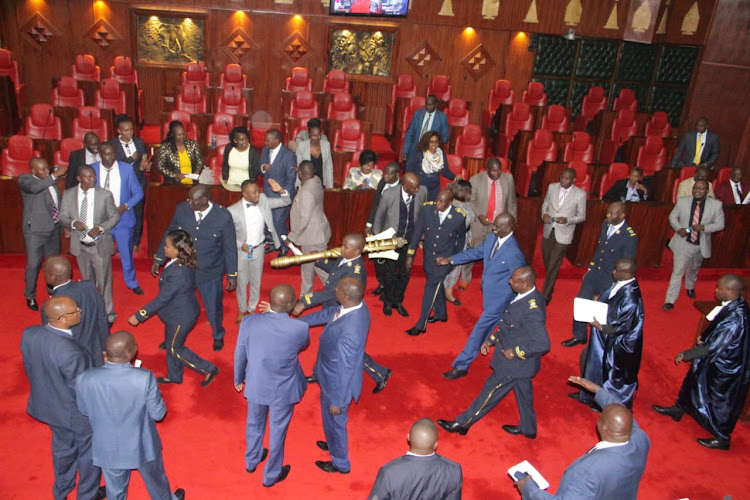 Nairobi MCAs are to get Sh246 million for a car grant if the assembly's Sh2.2 billion supplementary budget is passed without amendments.

The budget, which is currently before the Finance, Budget and Appropriation committee, seeks to transfer the sum to the county assembly fund account to cater for car grant and pending bills as a result of suspended payments.

Also, it reallocates funds to provide staff salaries under leadership officers following their retention by the County Assembly Service Board, as well as additional funding for committees and county legislative activities.

“Following the presidential pronouncement on issuing Sh2 million grant to MCAs, the Salaries and Remuneration Commission through circular dated February 9, 2021, provided guidelines on the implementation of the conversion of car loan to car grant,” it reads.

In January, President Uhuru Kenyatta acceded to MCAs' request for a Sh2 million grant for each of the country's 2,237 representatives.

As a result, last month, through a letter, SRC chairperson Lyn Mengich reviewed car loan benefits to a transport facilitation benefit in form of a car grant.

The county assembly budget for 2020-21 was approved at Sh2.1 billion, with  Sh1.4 billion meant for recurrent expenditure and Sh600.8 million for development.

However, the supplementary budget seeks readjustments that will see the budget raised to Sh2.2 billion

"The preparation of this supplementary budget has evolved around quantitative monitory of the budget commitments and performance of various expenditure lines over the first two quarters of the current financial period. The budget has entailed realignments of the county assembly priorities with the currently established expenditure needs,” the budget reads.

One of the major changes in the budget is the full removal of foreign travels allocation to cut cost. The money has been reallocated to expendable budget votes line.

This year, Sh8.6 million had been allocated for foreign travel for committees,  Sh5.4 million for MCAs, speaker’s office Sh1.7 million, clerk’s office Sh5.9 million and Sh2.6 million for the assembly service board.

The funds were meant to cater for subsistence allowances, air tickets and other transport expenses to be incurred by MCAs and other officers on foreign trips.

In 2019-20, the Auditor General had raised concerns over Sh387 million on travel cost incurred by former Governor Mike Sonko's administration and the MCAs. The assembly spent Sh250,000, while the executive accrued Sh49.08 million.

An extra Sh17 million has been proposed to meet legislative activities such as those of the County Assembly Sports Association, while Sh9 million will be for training and development under committees and office of the clerk.

For general administration and support services in facilitating the fulfilment of committees' and legislative agenda, Sh18 million has been reallocated.

Legislation and representation sub-programme has a budget increase of Sh19.17 million—from Sh694.8 million to Sh714 million.

The oversight programme has a proposed an increment of Sh14.2 million—from Sh95.6 million to Sh109.7 million.

The general administration and support services sub-programme has a net reduction of Sh33.4 million—from Sh619.6 million to Sh586.2 million.

Development expenditure has been maintained at Sh600.7 million.