• The EACC officials also completed evaluating the stadium but their report is yet to be submitted.

• By the time the project stalled, more than 3,000 seats had been installed in the terraces. The floodlights had also been fitted. 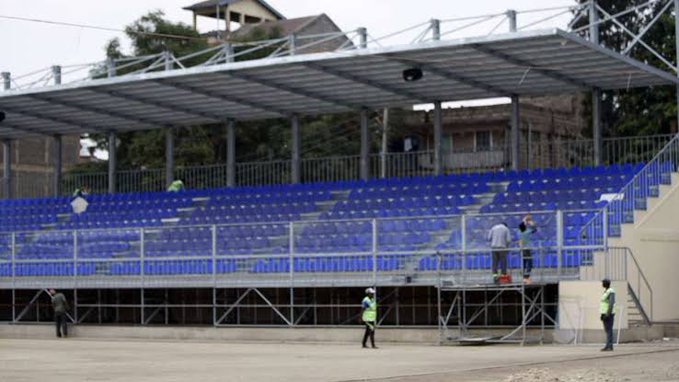 Inside the Dandora Stadium that constrcution works have stalled over an year
Image: COURTESY

Nairobi residents will soon have access to Dandora Stadium facilities as the County government confirmed the contractor will be back on site in two weeks.

This comes barely a week after President Uhuru Kenyatta directed that construction works at the Sh350 million stadium resume amidst investigations by the Ethics and Anti-Corruption Commission.

"As EACC continues with investigations, the contractor should come back on site and finish the remaining works. The investigations should not hinder people’s right to access and enjoying stadium facilities," he added.

The construction was stopped after EACC  opened investigations into the tendering process and irregular payment of Sh196 million for the project. 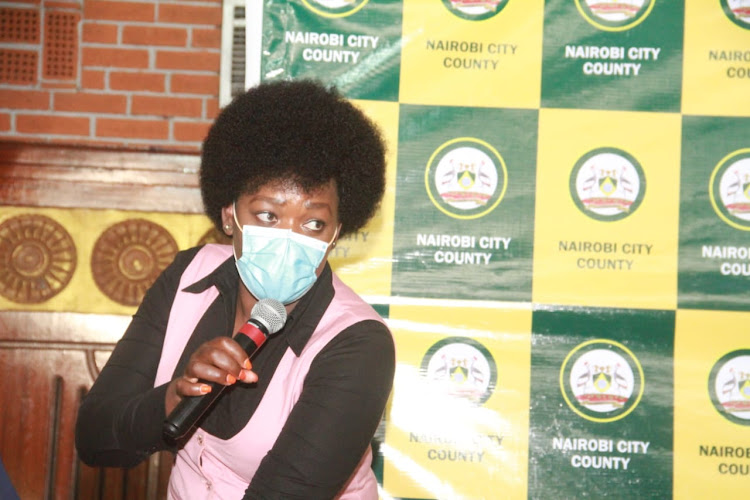 On Wednesday, County Executive for Education and Sports Janet Ouko confirmed that consultation had started to have the contractor on site in two weeks’ time.

Ouko revealed that when she assumed office last month, in an attempt to seek guidance she wrote to the County Attorney General on the position of the project as EACC is still doing investigations.

“The remaining work is at least 20 per cent and Nairobi residents need to enjoy the services the stadium brings. Consultations with relevant stakeholders are still ongoing and within two weeks we should be able to have reached an agreement,” she added. 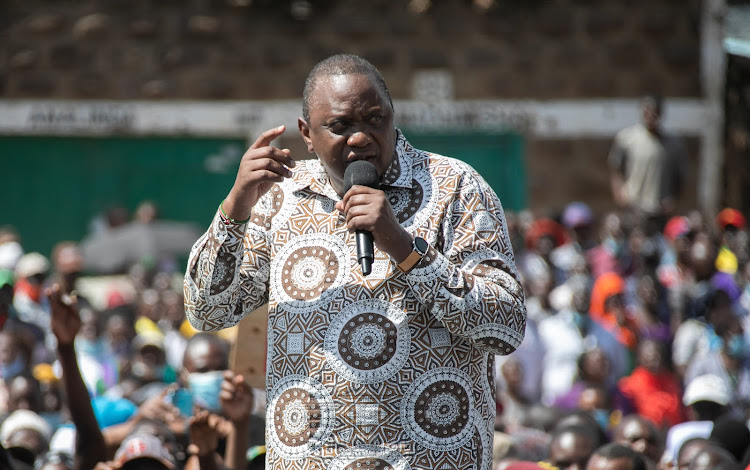 President Uhuru Kenyatta speaking in Dandora where he opened the new Ushirika Level 2 Hospital and a Community Water Project on February 19, 2021.
Image: PSCU

"EACC should continue investigations on the stadium and those who broke the law should be charged. They know what they were doing and if found guilty, action must be taken," he added.

Last year in October, concerns had been raised over the stalled Sh350 million Dandora Stadium despite the contractor having been paid.

The stadium should have been completed in July last year, but work stopped when it was 80 per cent done.

Since then, about 10 Nairobi County Executive Committee members and other officials have been investigated on recommendations of the Public Procurement Regulatory Authority.

The PPRA questioned the tendering process and the standard of the work. Scanjet Construction had won the tender to build four stadia at Sh1.03 billion.  The job was to be completed in 18 months

The PPRA flagged irregularities in the awarding of the tender, alteration of contract specifications, suspected irregular payments and forgery of documents.

The authority had on June 13, 2019, received a complaint that Scanjet Construction was using steel structures in clear contravention of the contract specifications for the Dandora stadium.

Further, the county government irregularly paid the contractor despite warnings from technical evaluators that contract documents, including the cabinet memorandum, were forged to state the stadium should be a steel structure when the work is 70 per cent complete.

After investigations, the PPRA indicted the county government for paying Sh196.87 million to the contractor despite the technical evaluators questioning the quality of work. It recommended remedial action against any party culpable.

The EACC officials also completed evaluating the stadium but their report is yet to be submitted.

By the time the project stalled, more than 3,000 seats had been installed in the terraces. The floodlights had also been fitted.