Nairobi has 170,000 ratable properties which the county targets as an own source of revenue.

• City Hall began reviewing its 1982 valuation roll in October 2016 when the World Bank contracted Geomaps Africa to do the job alongside 11 of its valuers. 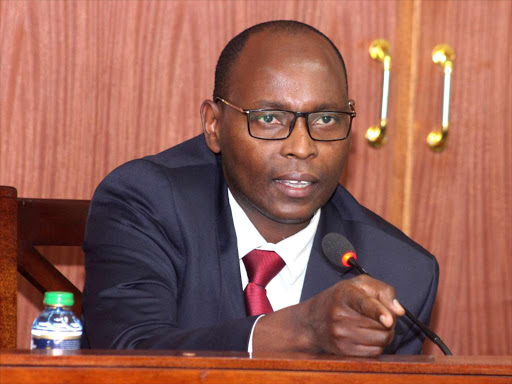 The county government of Nairobi has proposed between 0.1 and 0.115 per cent of the current property value to be paid as rates.

The figure will be contained in the new property valuation roll that will determine land rates in the capital.

A valuation roll is a public legal document that consists of property information of all rateable properties within the boundaries of a rating authority.

“The law requires that the valuation roll is reviewed after every 10 years. With the last being in 1982 it has had a negative impact on the rates in terms of revenue collection since the old rate has been used since then,” he said.

A report by the Commission on Revenue Allocation and the European Union shows that Sh75.6 billion is uncollected in Nairobi with another Sh112 billion not mapped out in the geographical information system.

Kerich said City Hall began reviewing its 1982 valuation roll in October 2016 when the World Bank contracted Geomaps Africa, a valuation firm, to do the job alongside 11 of its valuers. The State Department of Housing oversaw the process.

“The process of coming up with a new valuation roll begins with preparation by the chief valuer who signs it then transmits it to the county secretary and forwards it to the assembly of approval,” Kerich said.

The valuation roll was tabled before the assembly last month and committed to the Committee of Lands and Urban Planning.

Already, the ward administrators and MCAs have been sensitised on the new valuation roll before it heads for public participation.

According to the law, all the ratable properties have to published in two local newspapers after public participation and then gazetted for the purpose of inviting property owners to interrogate them.

“The purpose of gazettement is to prevent property owners from claiming that their properties have been valued higher than others,” Kerich said.

Within 21 days, the Nairobi county government will be required to send a notice to every ratepayer and will then have 28 days to deal with objections from them.

A valuation court will then be set up to look into all grievances arising from the new valuation roll.

The CEC said every step has a timeframe that has to be followed.

“Some of these timings are in law and the moment you kick off the process, everything is timed and if you go beyond, it can be challenged in court,” Kerich said.

In the proposed valuation roll, Nairobi has 170,000 ratable properties which the county targets as an own source of revenue.

This was the agreed number by Geomaps Africa after they reviewed the 1982 valuation roll.

Under the current valuation roll, Nairobi has been charging rates at 25-34 per cent depending on location.

However, in the new valuation roll, the proposed working figure of between 0.1 and 0.115 per cent of the current property value to be paid by the property owners in rates will be as per the zones.

The old rates had not zoned the areas and people were being charged on the value of the property.

“There is a query whether a place like Lavington should be charged the same as Kawangware with the same size of land. That is when you will hear of political dimensions and that it is not practical and the county government could consider subsidising rates for the property owner in Kawangware,” Kerich said.

“In the draft valuation roll, we have put areas into zones and there are suggested percentages on how properties within a specific zone should be rated and these suggestions have to be given to people during the public participation,” he added.

Kerich said the county would not implement anything until a rates struck is formed after proper consultation in public participation.

A rates struck is a document that will highlight what percentage the county will charge for the new valuation roll in all zones.

“A mutual percentage has to be agreed. If we continue using the old percentage the rates will be so high and people will end up defaulting since nobody will pay if the change in what they are paying now and what they are expected to pay is too big,” Kerich added.

The CEC noted that the new valuation roll has to be part of the Finance Bill as the county cannot charge anything if it is not captured in it.

“The crucial assembly committees to deal with this process are the Lands and Finance. They have to work hand in hand for the whole process to be complete,” Kerich said.