• Kinoti added that Kura will also install the road furniture inclusive of walkways and cycle lanes where adequate space is available. 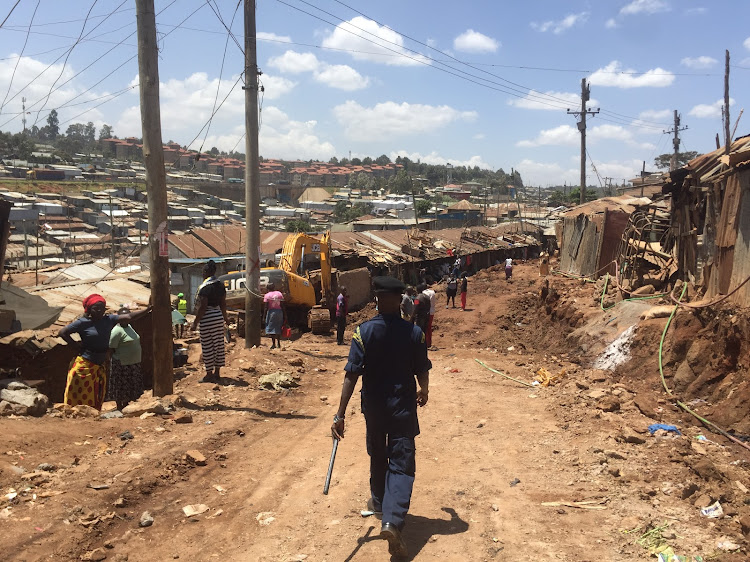 Part of the road in Sarang'ombe, Kibera that is set to be upgraded and tarmacked by the Kenya Urban Roads Authority and the Nairobi Metropolitan Service on February 3 , 2021.
Image: MAUREEN KINYANJUI

Plans to have access roads in Nairobi 's informal settlements are on course as the Kenya Urban Roads Authority has completed 22km out of the intended 408km.

This is part of the Sh5.8 billion aimed at upgrading 408km of access roads across informal settlements in Nairobi county.

“As of Friday last week , we (Kura) had done 22 kilometers and works are in progress to continue with the project which will be a game changer of infrastructure in city informal settlements,” said Kura's Director General, Silas Kinoti.

He revealed to the Star on Monday that Kura had started upgrading the roads in Dagoretti, Kabiria, Kawangware, Utawala, Mihang'o , Ruai, Mathare, Kibra, Mihang'o and Dandora.

Kinoti added that Kura will also install the road furniture inclusive of walkways and cycle lanes where adequate space is available.

Other areas inlude Kawangware, Riruta, parts of Dagoretti North, Mathare, Kangemi, Mukuru, Kibera, parts of Githurai 44 and 45, Mwiki and Zimmermann, will also have the roads re-carpeted and upgraded to bitumen standards. 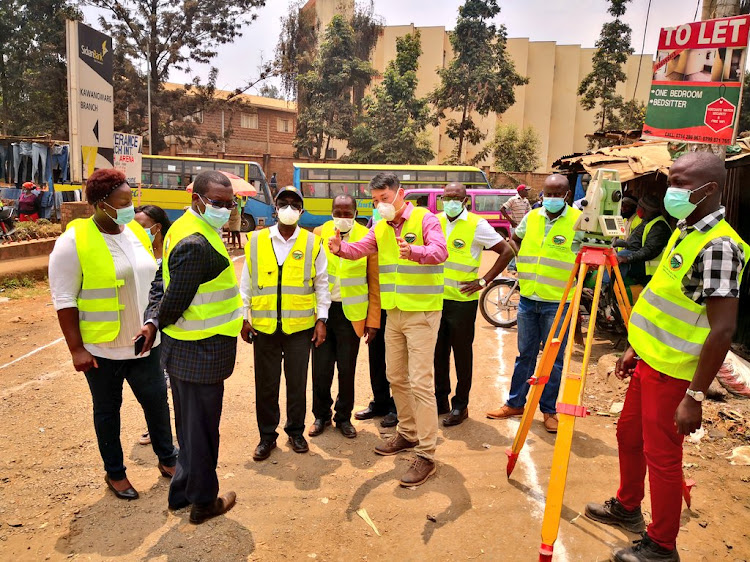 Kinoti observed that the project will be a welcome boost to informal settlements in the capital city as it will open the areas up and make them more accessible.

“Most of these areas have suffered from poor road network making accessibility of critical services and other essentials a challenge. This has led to difficulties in emergency and disaster response including fire outbreaks and other emergency services hampered by inaccessibility,” he said.

In 2018, the Nairobi Disaster Management Unit had raised concern that poor roads were hampering the quick response to disasters like fire outbreaks.

Most areas, especially in the informal settlements, have poor road networks, making it difficult for firefighters to arrive in time.

In Kibra, 28 km of roads will be upgraded that will connect with the area to Langata, Southern Bypass and other roads.

Kibra, Mathare and Mukuru kwa Njenga slums have  been marked as Special Planning Areas by the Nairobi Metropolitan Service.

This will be in line with President Uhuru Kenyatta’s March 18, 2020, directive to the Nairobi Metropolitan Service to undertake slum-upgrading initiatives in the capital.

One among the many objectives of the declaration was to develop ways which would promote the safety and health of the residents.

Also the improvising of water and sanitation, roads and drainage and electrification have already commenced in the informal settlements.