Will operate from 9pm along Harambee, Kenyatta and Moi avenues among other major roads.

The Nairobi Metropolitan Services has launched machines to sweep streets in the central business district. https://bit.ly/2MR1jnj

The Nairobi Metropolitan Services has launched machines to sweep streets in the central business district.

On Saturday night, the Mohammed Badi-led team took the machines along City Hall Way to demonstrate how they will work to keep the streets clean.

According to a statement by the Directorate of Environment, the machines will operate from 9pm along Harambee, Kenyatta and Moi avenues.

They will be deployed at Tom Mboya, Standard, Mama Ngina, Kimathi and Muindi Mbingu streets.

These streets have recently been rehabilitated with most potholes filled and the roads tarmacked. 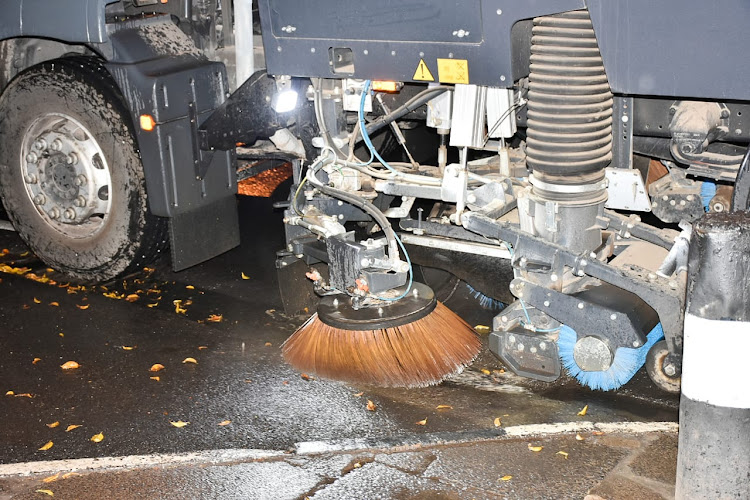 The sweeper machine has the ability to sweep up to 2.5 metres with a functional system that picks garbage into the container within the truck.

“The equipment has a sweeping width of up to 2500mm and 500 litres water storage tank," NMS said.

The machine has a suction system to collect debris to a volume of six cubic metres and a watering system to reduce the adverse effects of dust on operators and the public.

The machines also reduce the risk of exposure of the labour force during the Covid-19 pandemic.

"Use of this technology is meant to promote sanitation, reduce exposure of dust to the public as well as the labour force," the statement says.

Once collected, the garbage will eventually be carted away to the final destination at the Dandora dumpsite.

Following President Uhuru Kenyatta's directive, NMS in collaboration with Kenya Defence Forces restored 83 vehicles which had been grounded at a cost of Sh22 million.

The CBD is usually on the spotlight over spilled garbage and unswept streets whenever garbage contractors go on strike. Last year in March, city residents woke up to a filthy CBD where garbage was scattered from roads to pavements and walkways.

“Our aim is to try make sure that the CBD and all the 17 subcounties are clean. Despite what NMS is doing on the ground we are trying to encourage that whatever garbage that is generated from estates and work places is properly disposed at the collecting point,” the NMS says.

Nairobi has now joined major cities in use of sweeping machines.

Shortage of labour and the increasing need for road expansion have caused civic authorities to lean on mechanisation for road development and repair.

Market research on road sweeping machines trends for 2012 to 2017 and 2017-25 forecast shows that major cities in European and North American countries have invested in the machines.

The sweeping machine was introduced to in India December 2016 where the trucks would go around the streets cleaning mud accumulated on roadsides and waste on the road.

Post a comment
WATCH: The latest videos from the Star
by MAUREEN KINYANJUI News Reporter
Nairobi
09 February 2021 - 07:25
Read The E-Paper