VIRUS IN THE CITY

The makeshift facility will have 20 Intensive Care Unit beds

• Fears of a looming crisis were widespread last week as Intensive Care Units set aside for Covid-19 patients were almost full.

• Nairobi has remained the hotbed of the highly infectious disease since March when the first case of the virus was recorded in Kenya. 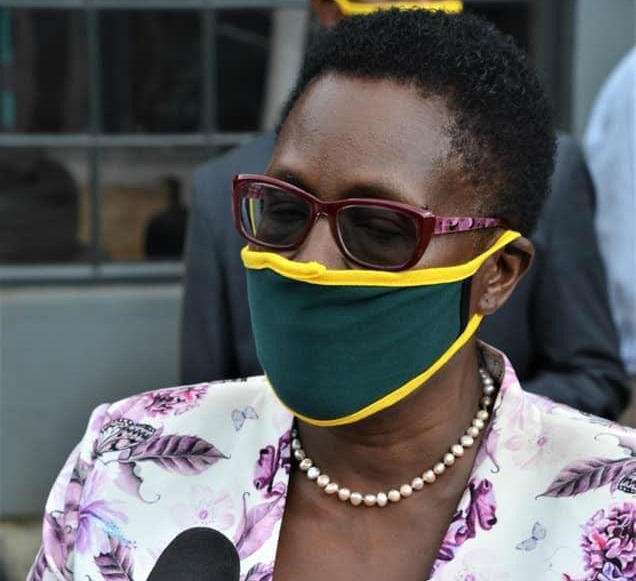 A 150-bed makeshift medical facility will be opened next two or three weeks at Mbagathi Hospital to deal with the increasing cases of Covid-19 in the city.

Nairobi Metropolitan Services director of Health Josephine Kibaru-Mbae on Saturday said the facility will have 20 Intensive Care Unit beds. It is 90 per cent complete and the equipment has been bought.

More than 2,000 new Covid-19 cases were reported in Nairobi in the past one week.

“All the necessary equipment has been procured and on Monday, I will visit the facility with my team to evaluate the progress. Hopefully, we will be able to open the facility in the next two or three weeks,” Mbae said.

Its construction started in July and it is a partnership with the University of Nairobi Enterprises and Services Limited. 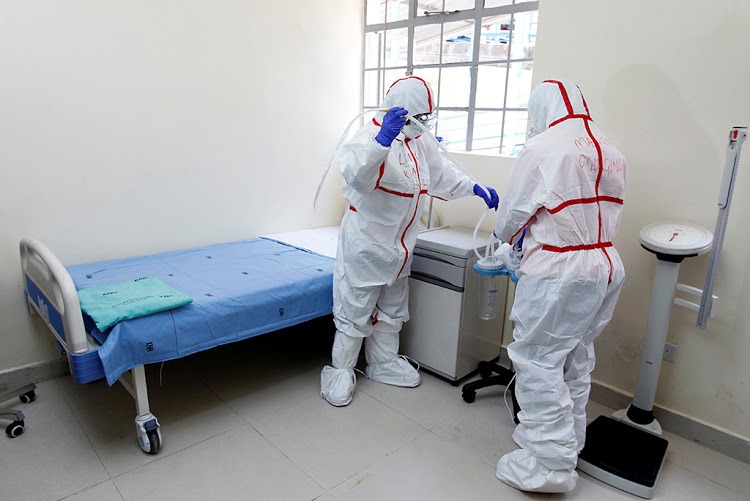 Doctors at the Mbagathi Hospital./FILE

Fears of a looming crisis in Nairobi were widespread last week as  Intensive Care Units set aside for Covid-19 patients were almost full.

Kenya has experienced a spike in new cases of the disease after the government relaxed restriction measures to curb the pandemic.

Head of Infectious Diseases at the Kenyatta National Hospital Loise Ombajo said hospitals are getting full at an alarming rate.

“In Nairobi, most ICU beds are almost full. Remember an ICU bed is not just a bed but comes with other amenities including human resource,” she said last Tuesday.

However, Mbae said no patients are being turned away at the hospitals.

“In Nairobi, we have not reached a point where patients are not being admitted. People are still being discharged, so we still have some space for admission,” she said.

Three weeks ago, the NMS conducted a two-day free mass testing in in the sub-counties.

Nairobi has remained the hotbed of the highly infectious disease since March when the first case of the virus was recorded in Kenya.

On the same day, the Ministry of Health said 1,241 patients had been admitted to hospitals, 55 of them in ICUs and 11 in the High Dependency Units.

Health Cabinet Secretary Mutahi Kagwe said that of those in ICU, 23 were on supplement oxygen and 32 on ventilator support.

A further 44 were on supplementary oxygen but not admitted to ICU while 4,495 were in the home-based care programme.

The total infections in the country was 24,631 on Tuesday.

The Ministry of Health had on August 1 listed 14 isolation and quarantine facilities where patients can seek help.

However, most of them were learning institutions which have since been shut after the schools reopened.

Daily charges at the Kenya Water Institute in South C and Kenya Institute of Special Education are Sh3,000 and Sh4,000 respectively.

In June, Mbae said that they were renovating Blocks 1 and 2 at Mbagathi Hospital for conversion into isolation wards for 100  critically ill patients.

There are isolation centres at Mbagathi, KNH and Kenyatta University Teaching and Referral Hospital.

A 50-bed capacity wing has been completed at Mama Lucy Kibaki Hospital where 18 beds will be in the ICU.

Post a comment
WATCH: The latest videos from the Star
by MAUREEN KINYANJUI News Reporter
Nairobi
01 November 2020 - 21:00
Read The E-Paper