• The residence was returned to the county government by the anti-graft agency following its recovery from the person who had acquired it irregularly.

• Governor Sonko said he will give it a facelift so that future governors will have somewhere to operate from. 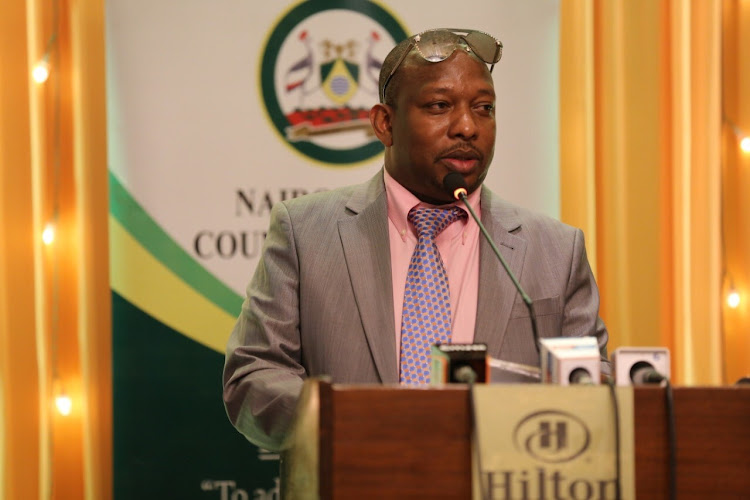 A Lavington house previously occupied by the mayors of the defunct City Council will be the official residence of the governor after Mike Sonko took its possession on Tuesday.

Governor Sonko said he will give it a facelift so that future governors will have somewhere to operate from.

"Today, I have taken possession of the governor's official residence in Lavington. The residence was returned to the county government by the EACC following its recovery from those who had grabbed it.

"In short, hapa ndipo (here is where) all elected Nairobi governors should sleep," Sonko said.

The house had since 2003 been the centre of ownership controversy. However, the Ethics and Anti-Corruption Commission recovered it and handed it over to the county government.

The property is valued at Sh157 million and stands on 0.8 acres along Isaac Gathanju Road.

The house was supposed to be handed over to former Governor Evans Kidero in 2013 when devolution was actualised.

Kidero opted to stay in his Muthaiga home. Instead, it was occupied by his Education executive Anne Lokidor.

Sonko did not move into it after the 2017 general elections and continued to live in his Runda and Mua Hills (Machakos) homes.

The County Assembly had decided to give to it to the Speaker before Tuesday's Sonko takeover.

In the financial year 2017-2018, the assembly budgeted for the purchase of the speaker’s residence and tendered for it through a media advertisement. The cost was to be Sh150 million.

Corruption allegations over the tender arose in June 2018, precipitating the differences that have been going on between Speaker Beatrice Elachi and Assembly Clerk Jacob Ngwele.

The clerk claimed that Elachi had a personal interest in the Sh150 million tender after the speaker invited the Director of Criminal Investigations to probe multiple cases of alleged financial malpractice at the assembly.

The speaker is entitled to a Sh150,000 monthly housing benefit.

But the Salaries and Remuneration Commission has since ordered the 47 counties to buy houses for the speakers instead of paying rent for them.

The tender specified that the speaker’s house was to be in the designated UN Blue Zones of Spring Valley, Kitisuru, Kileleshwa, Loresho, High Ridge, Lower Kabete, Windsor, among other places.

The residence must have adequate parking, a swimming pool, a paved driveway and a private gate to the compound.

It was to be on at least half an acre, have a perimeter wall with electric fencing and not be adjacent to empty plots.

It also should have a 50-person sitting capacity, five bedrooms, at least three of them ensuite, with balconies and terraces.

In November 2018, the county askaris evicted the former Education CEC from the Lavington residence.

In March last year, Ngwele said the assembly had been given a June 30, 2019, deadline by the SRC to acquire the house for the speaker.

"As directed by SRC the rent is paid directly to the owner of the house but the window period is only available until 2019. Before this time the assemblies are to have bought houses," the clerk said.