• Passaris said marrying off a girl to her rapist is equivalent to rewarding that man with a bride.

• She prefers that the girl aborts and is counselled so that she feels loved and then allowed to continue with her education. Men to stop trying to control the rights women have over their bodies 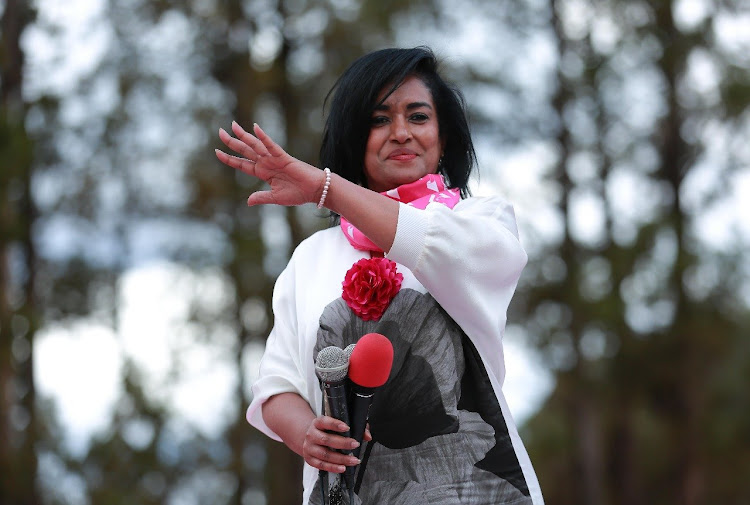 ROOTING FOR ABORTION: Nairobi Woman Representative Esther Passaris, who a few days ago asked communities that marry off raped girls to their violators to stop and instead allow them to abort.
Image: FILE

Communities that allow girls to be married off to their rapist have been asked to opt for abortion instead of subjecting such girls to rape throughout their lives.

Nairobi Woman Representative Esther Passaris said marrying off a girl to her rapist is equivalent to rewarding that man with a bride.

"We have rape in marriages, so this marriage starts with rape. What respect does that man have for her? He doesn't have any love for the girl and believe you me he is going to rape her throughout the marriage," Passaris told a book launch at the Kenya Institute of Curriculum Development.

The book, Hidden Scars of FGM (Female Genital Mutilation), is written by Sadia Hussein and was launched a few days ago.

The lawmaker urged women not to keep silent as their rights were violated.

She recalled an encounter with a Somali MP who told her that in their community they ask the girl to identify the rapist and force him to marry her.

"They do not allow girls to abort because abortion is wrong. I wondered what the bigger crime was - aborting a foetus so that a little girl does not become a mother or is it having the little girl marry her rapist?"

Passaris said she had problems sleeping that night. Her preference was that the girl gets the abortion and is counselled so that she feels loved and then allowed to continue with her education.

The legislator said that in India some rape survivors are taken to law school and after graduation appointed prosecutors in rape cases.

She had issues with her male colleagues who she asked to stop controlling the rights of women over their bodies using Christianity as justification.

"We have a lot of work to do.  We need to reach a point where men stop playing God. No one has a letter of appointment from God as His assistant."

On Nakuru Senator Susan Kihika's Reproductive Health Bill 2020 now in Parliament, Passaris said countries like Greece where Christianity had been practised hundreds of years before it was brought to Kenya had legalised abortion.

"Almost everyone who is going to fight against the Reproductive Health Care Bill has had their hand in the cookie jar. They will not talk about how they lie, commit adultery and steal " she said.

Such people do not have the moral authority to talk against the reproductive health rights of a woman, Passaris said.

She said men who condemn women do so for the sins they had committed like rape or abandoning those they impregnate.

"We have a more merciful God than men let him be," she added.

Article 26 (4) of the Constitution allows abortion if, in the opinion of a trained health professional, there is a need for emergency treatment or the life or health of the mother is in danger or if permitted by any other written law.