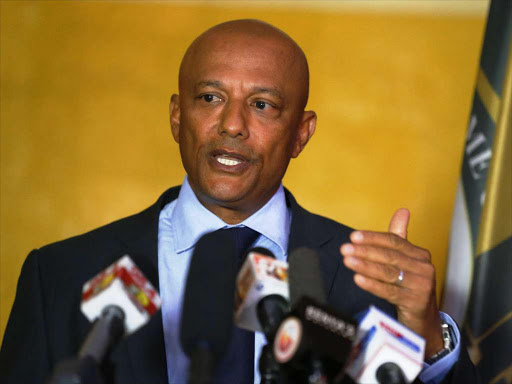 Suppliers and contractors can now breath a sigh of relief after the Ethics and Anti-Corruption Commission allowed the county government of Nairobi to commence paying genuine pending bills.

The commission’s chief executive officer Twalib Mbarak on Wednesday said the investigations being carried would take long and would greatly inconvenience genuine contractors and suppliers.

“In that regard, we are of the view that the county government can pay the genuine suppliers and contractors in line with existing laws and regulations on Public Finance Management,” Mbarak said in a letter addressed to acting county secretary.

However, EACC said it will closely monitor pending bills payment and take action where necessary in accordance with its mandate.

Mbarak advised the county to exercise due diligence in the payment process as they will personally be held responsible for any loss of public funds.

"Some of the beneficiaries of the suspected fraudulent payments are suspected not to have offered services to the county government," the letter reads.

As a result, EACC has urged the county to suspend any payments until the anti-graft institution is convinced that all payments made are legal.

"In order to safeguard public funds and to ensure that only deserving contractors and suppliers are paid, we advise that the intended payments be put on hold until this commission and other concerned government agencies are satisfied that the payments are genuine and that they are being made to deserving persons," Mbarak said.

EACC said there were allegations of conflict of interest in the payments.

As of last December , Sh4 billion statutory payments were made by the county to the Kenya Revenue Authority.

The executive has allocated Sh3.55 billion for pending bills in the supplementary budget.

The budget was tabled in the assembly during a special sitting last month and will be voted on whne the MCAs are back from recess next week.

On Madaraka Day last year, Uhuru ordered all government accounting officers to settle pending bills that do not have audit queries on or before the end of the last financial year.

According to the Treasury, Nairobi tops with pending bills of Sh8.2 billion, a figure that Governor Mike Sonko disputed and insisted that another verification be conducted early this year.

City Hall said it inherited Sh66 billion pending bills, with the governor suspecting that some were fictitious given the history of "people supplying air to Nairobi before.”

In March 2018, Sonko appointed former EACC boss Patrick Lumumba to head a 10-member team to audit the pending bills and recommend which ones to pay.

All suppliers and contractors were asked to submit their bills to the committee.

Of the claimed sum, only Sh23 billion was found to be legitimate.

The Auditor General did a further audit and out of the Sh23 billion, only Sh11. 7 billion was found to be authentic.

Post a comment
WATCH: The latest videos from the Star
by MAUREEN KINYANJUI News Reporter
Nairobi
06 February 2020 - 22:00
Read The E-Paper