Six held for spying in Nairobi, Ruiru and Laikipia

•Almost at the same time, police arrested three suspects who attempted to gain access to a British military camp in Laikipia 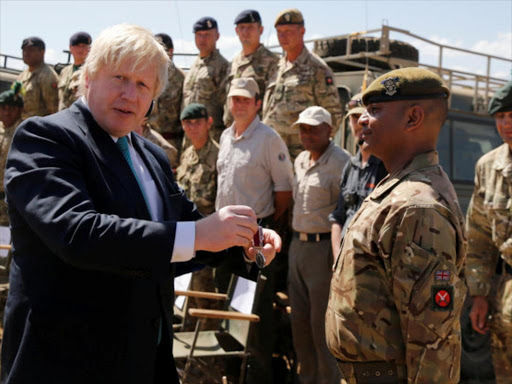 On Sunday evening, security officers arrested a Somali-Canadian man while photographing the Kenya Air Force Moi Air Base in Eastleigh.

On Monday, Nairobi police boss Philip Ndolo said the man was being interrogated by ATPU.

“We are questioning him to find out what he was doing there,” he said.

Reports indicate the man was taking photos of the KDF base at different angles when officers pounced on him.

Almost at the same time, police arrested three suspects who attempted to gain access to a British military camp in Laikipia.

CCTV cameras captured the three while trying to access the camp.

“Later in the day as the chief of Nanyuki town and security officers were following up leads they found them near Nanyuki police station where they arrested them and called the OCS who acted immediately and booked them vide OB 35/5/1/2019,” reads a police report on the incident.

According to police, the three had no weapon at the time of the arrest.

Rift Valley regional police boss Marcus Ocholla said the three had been handed over to the Anti-Terror Police Unit officers for questioning.

“They wanted to access the camp using the normal gate. They didn’t attempt to use another route,” he said in a phone interview with the Star on Monday.

“They could have ulterior motives, so we arrested them.”

Ocholla said the three are Kenyans but he did not divulge more information.

It's unclear why the three were casually trying to access the highly secured camp that hosts the British Army Training Unit Kenya.

On Saturday, James Mburu Ikaba and Miriam Njoki were arrested while taking photographs outside the GSU Recce squad camp in Ruiru.

Yesterday, a court heard that two Ceska pistols and 52 rounds of ammunition were recovered from the suspects’ house and car.

The camp is jointly used by KDF-US military for training purposes.

The attack led to the death of three Americans including a soldier and five al Shabaab attackers.

A statement by the KDF spokesperson’s office said the attack started at around 5.30am as the militants attempted to breach security at the Manda airstrip. A suicide bomber blew himself up.

Post a comment
WATCH: The latest videos from the Star
by ANDREW KASUKU Photojournalist/Writer
Nairobi
06 January 2020 - 23:00
Read The E-Paper