• Owner noticed the dog was silent after a while of barking, told security to inspect premises and found that items were missing. 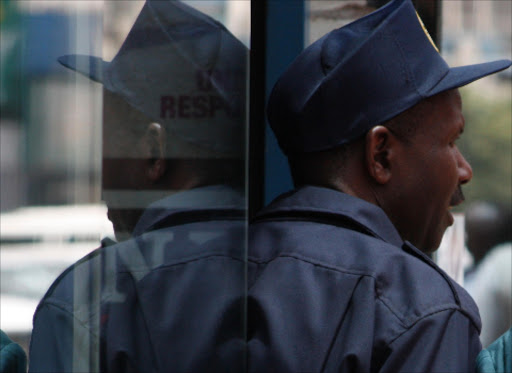 A security guard stands guard outside a building in Nairobi.
Image: FILE

A security guard was charged yesterday with poisoning a dog and stealing electronics from an apartment.

Bernard Nthenge pleaded not guilty before Kibera senior resident magistrate Esther Boke. He was accused that on Monday at Volkers Apartments Terace, he poisoned a dog and made away with a camera and computers.

The court heard that Nancy Wangari, on realising her dog was silent after barking for some time, signalled her security guards.

They inspected the compound and found that one of her stores had been broken into and the items had been stolen.

Nthenge requested for lenient bond terms, saying he has a family to take care of. The magistrate granted him Sh400,000 bond or Sh300,000 bail.

The case will be heard on July 29 and mentioned on October 7 when witness statements and evidence will be presented.