Why some Nubians risk missing out on Huduma Namba

• Over the years, the Nubian community has complained of being discriminated against.

• Nubians have to go through three levels of vetting to receive IDs. 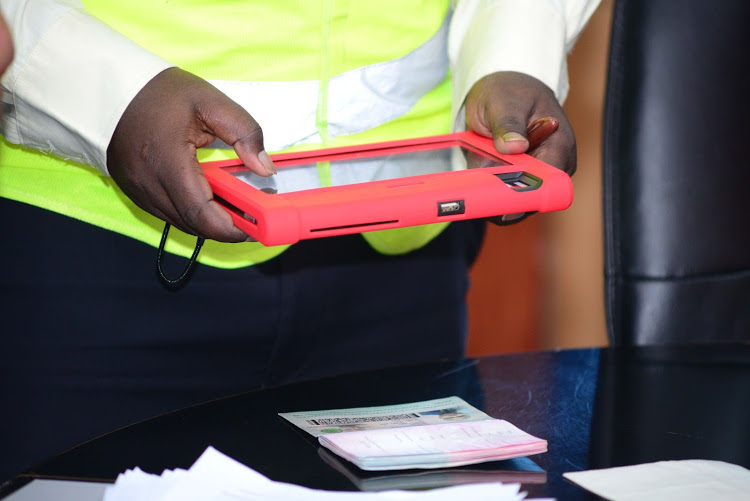 Nubians living in Kibra may not be able to register for Huduma Namba because they lack the necessary documentation.

Nubii Rights Group chairman Shaffie Hussein yesterday told the Star on the phone  that some Nubians are still frustrated when they apply for national ID cards.

“The government should practice  Article 27 of the Constitution. Every person is equal before the law and has the right to equal protection and equal benefit of the law," he said.

On Monday, the government said it would not extend the Huduma Namba registration deadline and warned that those who fail to register might face difficulties accessing services.

Registration closes on Saturday, May 18.

An ID is needed for one to register or a birth certificate for persons under 18 years.

Hussein said Nubians have to go through three levels of vetting to receive an ID and they have complained of being discriminated against over the years.

Hussein said the vetting process is long. An application has to go through the Nubian elders, who have to fill and sign a section before presenting an affidavit to the court on behalf of the applicant.

Applicants then have to appear before the National Vetting Panel for the second verification. The form is taken to the Directorate of Citizenship and Immigration Control.

The community settled in Kenya in the early 1900s after about 100,000 of them migrated from Sudan and Aswan in Egypt. They were brought to Kenya to serve in the East African Rifles by the colonialists.

It's worse for mothers without IDs since they cannot acquire birth certificates for their children.

One such case is that of Samira, 22, a mother of one. She is yet to get an ID, despite having applied upon attaining 18 years. Other than getting a Huduma Namba, finding a job for her has become a nightmare.

“The officials have really frustrated me. It has been five years now and they are still taking me in circles. I only have my waiting card. When I ask what the problem is, they tell me my files got lost. I am forced to start the process afresh,” she said.

“When I go to confirm if it is out, they tell me to go to Huduma Centre. I do not have a job. I am really struggling,” Samira said.

Samira is now forced to do only menial jobs like laundry, housekeeping or being a house help.

Ahmed Khalil, 72, a former police officer, said he lost his ID 10 years ago after his house was broken into. He has tried to get a replacement to no avail.

“I suffered a stroke after I lost all my documents. But once I felt better, I followed up on a replacement. I forwarded my affidavit twice. As a police officer, I have never heard someone forward an affidavit two times in one subject,” he said.

ICT Cabonet Secretary Joe Mucheru told the Star the community has had several discussions with the Interior CS, who is responsible for birth certificates and IDs.

"I believe his office is the right office to consult on this matter," Mucheru said on the phone.

Efforts to get a comment from Interior PS Karanja Kibicho failed.

Hussein said authorities take them through rigorous vetting processes for security reasons because they are considered as foreigners.

He said there are Nubians who have decided not to register for Huduma Namba until Interior CS Fred Matiang’i ends discrimination against them.

Over 31 million Kenyans have been captured on NIIMS against the 40 million target, Matiang'i said.

This week, Huduma Namba registration centres will be open from 6am-6pm.
News
3 years ago

West Pokot residents yet to cross over from Uganda, where they went in search of pasture.
News
3 years ago
Post a comment
WATCH: The latest videos from the Star
by TRIZZA KIMANI News Reporter
Nairobi
15 May 2019 - 00:00
Read The E-Paper