Mitumba seller aims for wife but misses, stabs baby instead 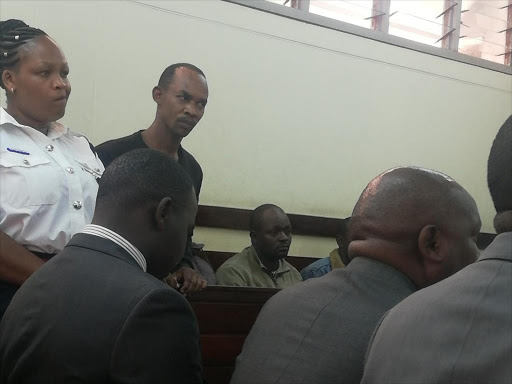 A secondhand clothes trader allegedly stabbed his eight-month-old son in the belly during a fight with his wife. It was a ‘mistake’ — he was trying to stab his wife.

Boniface Wambua, 33, was charged yesterday with assault with intent to cause bodily harm.

Court documents show that on January 24, Wambua was enraged by his wife’s late return from work to their house in the Lunga Lunga slums in Industrial Area.

Dorcas Kalondu arrived at 8pm. Her husband demanded she explain her absence for so long, yet she knew she had a baby to care for.

Police said he accused her of seeing other men. Their arguments were so fierce that neighbours tried unsuccessfully to calm them down.

Dorcas fled with the baby, Wambua in hot pursuit. He called her a prostitute. He took out a knife from his waist, struck but missed his target — Dorcas. He stabbed his son instead.

The child was taken to a hospital, then to a children’s centre. The officers arrested the couple but later released Dorcas.

Yesterday, Wambua pleaded not guilty at the Makadara law courts. He told chief magistrate Heston Nyaga that his body was aching following the blows he received from his neighbours.

He said it was unfair that his wife was not charged. “My wife, who wronged me by coming home late was also arrested, but released. Release me so I can go see my son,” Wambua appealed.

Chief magistrate Nyaga ordered he be taken for treatment. He will be remanded at Industrial Area Prison, pending a bond ruling.

The prosecution urged denial of bond, saying Wambua is a threat to his wife and child.

A pre-bail report will be tabled before the magistrate can grant bond. The case will be mentioned on February 13.