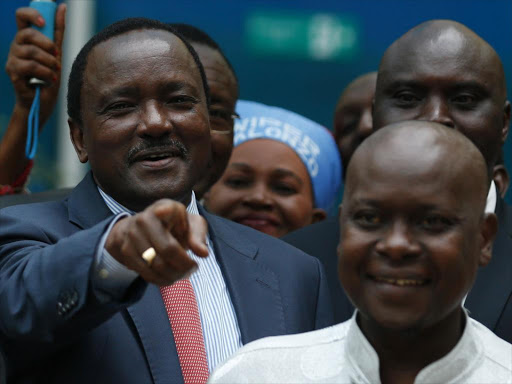 The Embakasi South by-election is another headache for Nasa as Wiper demands that ODM withdraws its candidate “in the spirit of the handshake”.

Nasa co-principal and Wiper leader Kalonzo Musyoka yesterday said the seat belongs to Wiper and called on ODM to support their candidate, Julius Mawathe, during the April 4 by-election.

He said he will discuss the issue with ODM leader Raila Odinga. Kalonzo said Nasa should rally behind the Wiper candidate who had served slightly more than a year when his election was nullified and a fresh poll ordered.

The former Vice President was speaking Wiper’s headquarters in Karen where the party handed the nomination certificate to Mawathe.

Embakasi South is the only seat Wiper party would have out of Nairobi’s 17 parliamentary seats.

The Wiper boss said ODM should follow Ford Kenya and the Jubilee Party which are not fielding candidates and supporting Mawathe.

“ODM had a candidate who went to court but in the interest of what is happening in the country, it would be great if we all rally behind Wiper,” Kalonzo said.

He added, “I will continue to engage my brother Raila,” he said.

Kalonzo warned that it will be rough for ODM should it insist on “snatching Wiper’s only seat in Nairobi”. ODM’s candidate and former MP Irshad Sumra successfully challenged the Mawathe’s election and was okayed to fly the Orange flag in the by-election.

“Sumra can do this country a great favour and he will join the league of statesmen if he withdraws from the race,” Kalonzo added.

In the absence of the ruling Jubilee Party in the Embakasi South by-election, ODM and Wiper will face each other. ANC and Ford Kenya have backed Wiper.

In the last elections, fielding candidates for the same seat cost Nasa a number of seats in Nairobi. The loss was notable, especially in Lang’ata, where ODM and Wiper split opposition votes and Jubilee’s Nixon Korir won.

The leaders expressed confidence in retaining the seat and urged residents to show up in large numbers during the by-election and vote in the Wiper candidate. Kalonzo called on employers to give workers April 4 off to go and vote.