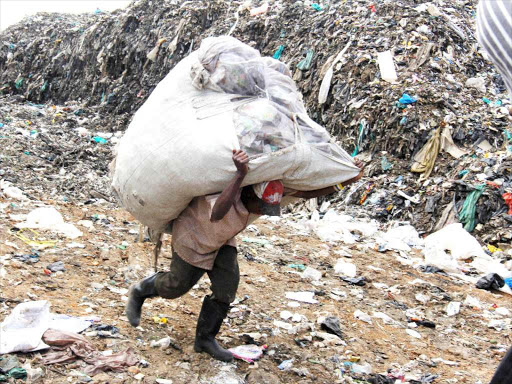 The construction of the much-awaited Sh20 billion power plant at Dandora dumpsite to help manage the thousands of tons of waste generated daily in the city will begin in June.

The county government yesterday said it is still receiving proposals from 26 shortlisted private investors that had expressed interest in the project.

“More than 60 investors had expressed interest but we shortlisted 26 and asked them to write proposal detailing the technology they have and how they intend to implement it,” Environment director David Makori said.

Makori said that the shortlisted investors have until the end of the month to submit the proposal. He said that evaluations before the tender is awarded to the best firm.

“We are looking for a firm that will offer best technology and has finances to do the work. In three months, we should be done with all the documentations,” he said.

The plant will recycle waste and use garbage to produce and supply electricity in the city.

Makori said that the plant is expected to produce 40 mega watts of clean, renewal energy per day which will connected to the national grid.

“This plant will create jobs for youths in Dandora,” he said.

“Waste management is a big headache for Nairobi, with a lot of our waste going into rivers, illegal dumpsites, roads and streets,” he said.

The Dandora dumpsite covers more than 30 acres and receives wastes from across the capital. It was declared full in 1996 but still continues to receive the trash after several attempts to relocate it failed.

Initially, the dumpsite was supposed to be relocated to Ruai, but this failed after the Kenya Civil Aviation Authority contested the move, arguing the site is too close to JKIA and that birds attracted to it would interfere with flights.

Currently, the county is compacting waste to accommodate more as it looks for alternatives, including setting up of a waste energy plant.

During his New Year message to the residents, Governor Mike Sonko promised to deliver plant this year.

The county has been planning to establish the energy plant for more than three years. In 2016, former Governor Evans Kidero’s administration nearby delivered the project, but a German investor withdrew in the last minute.

Sustainable Environment Management UG withdrew from the project after it emerged that lacked a title for the 30-acre waste-yard.

The firm had been contracted through a public-private partnership, to mange the waste.

But Sonko said his administration started the process afresh after the county obtained a title for the land early last year.