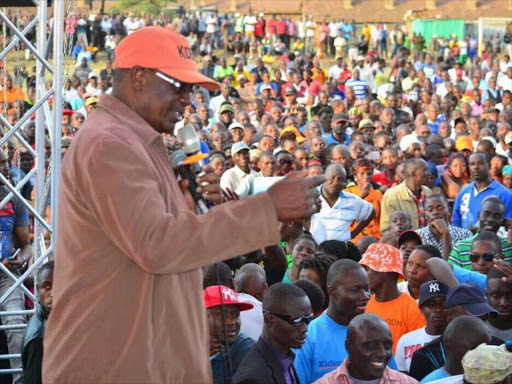 Kidero said the city has had an upsurge in organised crime. He blamed his competitors for the city’s top job for links with the criminals reportedly terrorising Kayole and Komarock. In the race for Nairobi, Kidero will face Jubilee Party’s Mike Sonko and Peter Kenneth, an independent candidate.

“There is an emergence of more organised criminals who are extorting cash from matatu crews and I believe they have the backing of some politicians in the city,” he said. The city chief said the menace has spread to other slums where the gangs demand protection money from traders. Speaking during a meeting with the Kenya Alliance of Resident Associations, he said the gangs resurface before elections.

Post a comment
WATCH: The latest videos from the Star
by STAR REPORTER, @TheStarKenya
Nairobi
24 June 2017 - 00:00
Read The E-Paper