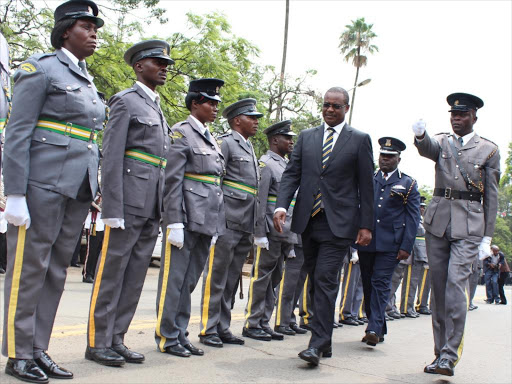 On Monday last week, the county government postponed the drive for the third time, without giving reasons for the cancellation.

Addressing Viwandani residents at the AIC Viwandani Church on Sunday, Governor Evans Kidero said the recruitment was indefinitely put on hold, because brokers had invaded the drive.

"We had planned to hire young and energetic people in our inspectorate department. Lakini wakora waliingilia (brokers invaded) and we had to cancel the entire process,” he said.

Kidero said the recruitment was meant for qualified young men and women, but the brokers brought their family members and friends, thus rendering the entire process a "discriminative affair".

Last week, thousands of applicants who had turned up for the recruitment at Nairobi's City Inspectorate Training School in Dagoretti protested after exercise was called off without notice.

They took to the streets and barricaded the busy Ngong Road and lit fires using tyres, while others hurled stones at motorists.

The county had shortlisted 4,069 for the 500 available slots for the position of constables and 1,690 for 100 firefighters.

In May last year, county secretary Robert Ayisi said most of the staff lack basic skills in their jobs, thus the need to recruit new ones.

“You know how the former City Council worked. They brought people from their families who were unqualified. We now need to hire professionals,” he said.

The county says the hiring was meant to upgrade the capacity, as well as replace retiring inspectorate officers.

The city askaris have for years been accused of brutalising, harassing and extorting money from residents, especially the hawkers.

Meanwhile, the county askaris will soon have a new look uniforms.

City Hall yesterday said it is concluding the tendering process for the new attire, which will include regular and ceremonial uniforms.

Post a comment
WATCH: The latest videos from the Star
by JULIUS OTIENO @juliusotieno04
Nairobi
20 June 2017 - 02:00
Read The E-Paper