After year-long delay, work on 14,000 houses starts in January 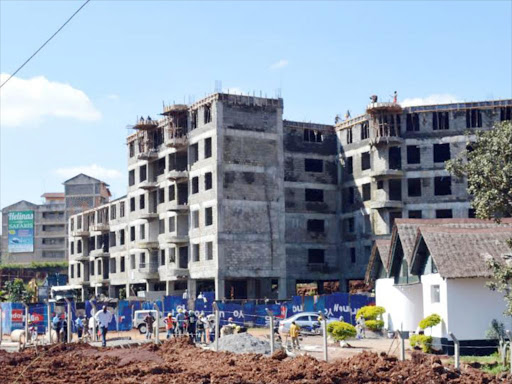 The much-anticipated groundbreaking of a Sh300 billion housing project will finally take place next month, after a year-long delay.

“This is a consensual project. We must compensate or give offer letters to the owners and tenants who will be affected and sign an MoU,” Urban Renewal executive Tom Odongo said.

“But we have completed the paperwork and by January, the actual work should start.”

The first phase of the project, in which 14,000 units are to be constructed for Sh70 billion, was to begin in January last year. The date was moved to July but once again, the project did not take off.

Odongo said the residents wanted to be paid to look for alternative accommodation with the same specifications as the ones they currently occupy. The project will take 18 months.

“They will occupy the new houses once construction is completed and pay the same rent they have been paying,” Odongo said. The project will resolve the acute shortage of houses in Nairobi.

Speaking to the Star on Tuesday, county secretary Robert Ayisi said, “We want the groundbreaking to be the Christmas gift for Nairobians. We have completed all the negotiations and all is set for the grand launch.”

According to the plan seen by the Star, the 24-storey Fort Jesus (Old Ngara) estate will be transformed into 120 three-bedroom units, 480 two-bedroom flats and 240 one-bedroom apartments.

Older estates such as Bahati, Mbotela, Ziwani, Makongeni, Kaloleni, Jericho and Shauri Moyo will be demolished and redeveloped to accommodate more people. Late last year, Governor Evans Kidero said there are only 535 houses in the estates targeted in the first phase.

“These houses are very old and were constructed horizontally, occupying a lot of space,” he said.

“There is a lot of space, about 60 acres. We will use the space to construct 15-floor flats. We will move occupants before demolishing the old structures.”