Curio shops in Westlands to be demolished 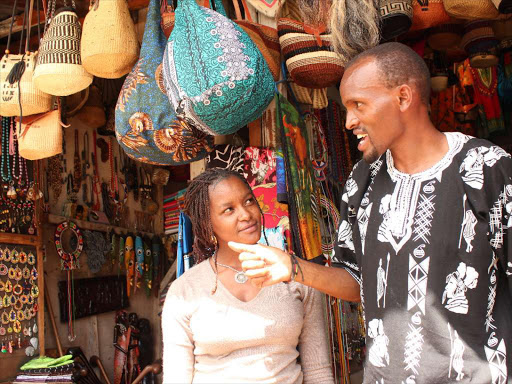 ON A ROAD RESERVE: Curio dealers at the Westlands Triangle on March 26, 2014.

The curio shops near the Sarit Centre in Westlands will be demolished next week.

This follows the Kenya Urban Roads Authority decision to redesign the Lower Kabete and Peponi roads for expansion.

Trade executive Anna Othoro told the Star on the phone that some curio stall owners will be moved to the City Park market.

Others will relocate to the Westlands main market.

“The curio triangle market is on a road reserve. It has to come down at whatever cost,” she said.

“All traders will be taken care of.”

Some traders at the City Park market do not want the curio traders to move to their site.

They say the curio traders will take up some of their space.

City Park trader Anne Nyambura said she is not excited about sharing the market with the curio traders.

However, Othoro said the market has been expanded.

She said the curio stalls will be at a separate section.

Karura MCA Kamau Thuo said he will mobilise the traders to resist curio owners setting up shop at the market.

She said she held a meeting with traders and they agreed to move.

Othoro said some traders at City Market had forcibly taken over some stalls and made themselves landlords.

“The landlords charging traders rent will be no more,” she said.