Employees threaten to down tools and paralyse varsity's operations 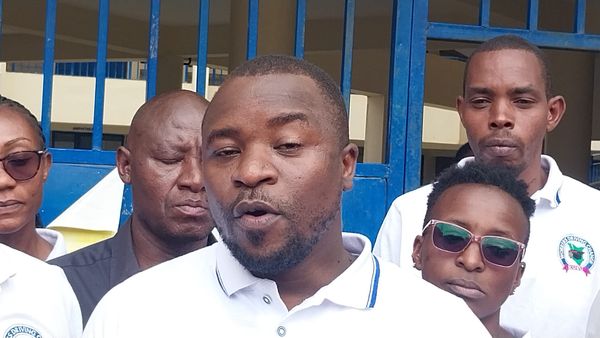 Employees of Machakos University have for the second day running protested against what they termed as delayed job promotions and prolonged contracts.

They picketed within the university’s premises demanding Irungu to come and receive their petitions. Irungu instead directed that they present the petitions to the varsity’s registry.

“We are here today as a lot which is frustrated, a workforce that is not happy with what is happening in the university," Kusu, Machakos branch secretary Silvanus Mukai said.

"It’s a continuous process and we were here to present a petition to the vice chancellor stating issues that have been affecting us for a long time.

“She has locked herself inside the boardroom and we express our dissatisfaction with the manner she is handling this process."

The workers said the petition contained key issues that affect them at the institution thereby making their work difficult and their lives unbearable.

“Our grievances include promotions that have not been issued for a long time,” Mukai said. 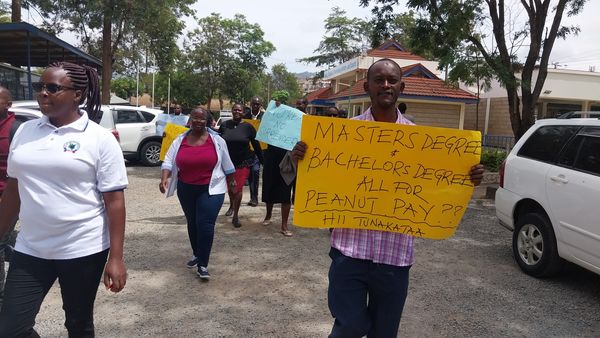 He said no workers had been promoted for the last ten years against an existing 2017-21 Collective Bargaining Agreement.

“We have written countless letters to them and they haven’t given us a counteroffer. We have several members of staff who have been working in acting positions for a long time in total contravention of the law," he said.

"We are demanding that they be confirmed and be issued with appointment letters.”

“We have tried our level best, negotiated but management is adamant, and gives us promises which they never fulfill and instead take us in cycles."

Mukai said they were promised promotions and the varsity advertised positions for which they applied but the process was later halted.

“We will continue picketing through industrial action until the varsity’s council listens to us and honour our demands,” he said.

Academic staff member Martin Kasina said the delays in promotions were an injustice to members.

“As teaching staff, we came up with criteria, but it was adulterated. They changed what we agreed on and we are saying no to adulterated career programmers,” Kasina said.

“This petition is serving as a notice. If they don’t act, we will paralyse all operations in this university."

The university’s director of cooperate affairs Adam Shisia said the university was cognisant of the issue and was exploring appropriate means to resolve the matter promptly.

“The management wishes to reassure all stakeholders that staff welfare is a top priority for them,” Shisia said.

He said the management was committed to continued constructive dialogue with Kusu representatives in seeking an amicable solution to staff welfare.

“However, due to the prevailing economic situation, the university is constrained in satisfying the current Kusu demands in the short–term while simultaneously ensuring the financial sustainability of the institution’s operations,” Shisia said. 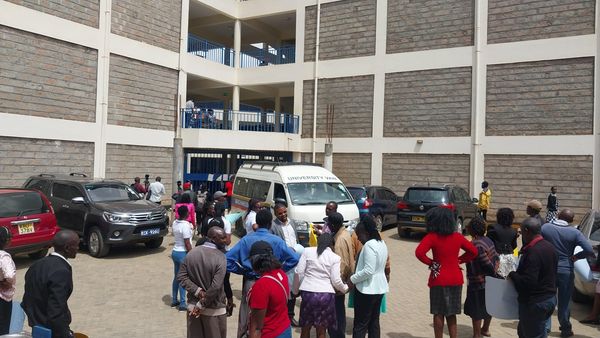 Each of the officers was given a bail of wheat flour and two litres of cooking oil.
News
1 week ago

Students to write their exams once the varsity re-opens
News
1 month ago
Post a comment
WATCH: The latest videos from the Star
by GEORGE OWITI Correspondent - Machakos
Eastern
24 January 2023 - 16:45
Read The E-Paper