•Once complete the facility according to the governor will facilitate the export of beef meat, animal products and Miraa.

•The project will uplift thousands of herders from the york of poverty and instill a sense of commercialisation into the mind of herders, he said. 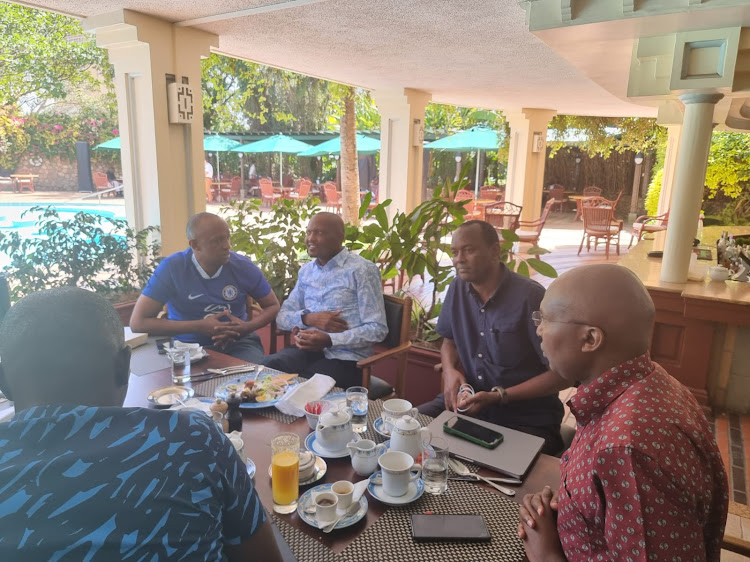 Isiolo Governor Abdi Hassan Guyo , CS for Trade Moses Kuria and other senior officials from the ministry in a meeting in Nairobi on January 21, 2023
Image: Handout

Speaking to the Star, Guyo said he has already held talks with two Cabinet secretaries on the issue and they have pledged to prioritise the matter.

“The airport is a game changer in this region’s economy and once it's expanded it can generate more than Sh40 million in revenue annually,” Guyo said.

On Saturday, the governor held a meeting with Cabinet Secretary for Trade Moses Kuria and other senior officials from the ministry and chief officer Agriculture Salad Tutana on the issue.

Guyo said his administration has reached out to President William Ruto regarding the expansion of the airport to accommodate cargo and decongest Wilson Airport.

He said the expansion of 1.4 kilometres of runway will enable direct flights of cargo planes to other regions and ensure the value of their commodity.

Once complete the facility according to the governor will facilitate the export of beef meat, animal products and Miraa.

It will also uplift thousands of herders from the york of poverty and instill a sense of commercialisation into the mind of herders, he said.

Interior CS Kithure Kindiki had also pledged to prioritise negotiation for the expansion of the Isiolo airport.

The Sh2.7 billion airport was commissioned by former President Uhuru Kenyatta in 2017 and was part of the government’s Sh2.5 trillion Lapsset project.

The airport that straddles Meru and Isiolo counties occupies 800 acres land and consists of a modern passenger terminal that can handle more than 100,000 passengers annually, including parking facilities that accommodate more than 200 vehicles.

It has about 12 concessional shops, a restaurant, banking and forex bureau space and a taxi parking lot with a capacity of 200 cars.

The airport's cargo sheds are able to handle at least 10 tonnes of luggage,

Its apron has a capacity for seven aircraft.

The airport facility is also an important link to the new transport corridor which the government is developing under the Lamu Port–South Sudan–Ethiopia-Transport (LAPSSET) corridor project.

The lack of necessary infrastructure, including aviation lights to allow planes to land and take off at night and cargo sheds, has prevented full utilisation of the airport which has a 5000-square-metrepassenger terminal.

250 KPRs will be deployed in Isiolo North while the remaining 100 will be deployed across Isiolo South
Counties
4 weeks ago
Post a comment
WATCH: The latest videos from the Star
by MAUREEN KINYANJUI News Reporter
Eastern
22 January 2023 - 22:00
Read The E-Paper