Absenteeism in Machakos schools due to hunger – KNUT official says

• Ngui who doubles as KNUT’s National Executive Council member representing the Eastern region called for affirmative action from the government to provide relief food to schools.

• “We are requesting both county and national governments to have affirmative action to provide food in our schools because hunger is striving the institutions." 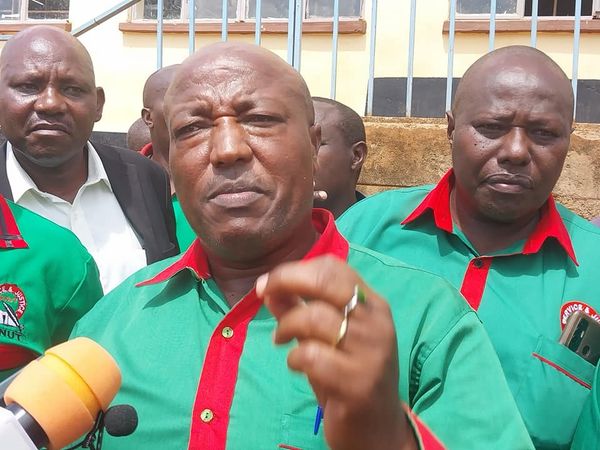 Effects of the ongoing drought and hunger has adversely affected operations in most public schools leading to increased rate of children absenteeism.

The situation according to multiple sources was the same in Machakos County, which is listed among Arid and Semi – arid areas in the country.

Kenya National Union of Teachers, Yatta subcounty secretary Michael Ngui said at least 30 per cent of children in Machakos County have not been going to school due to hunger that had ravaged their homes.

“There is high rate of absenteeism in Machakos County, 30 per cent of children aren’t attending school because of hunger,” he said.

He addressed the press on the sidelines of the Presidential Working Committee on CBC, during a public participation meeting at Machakos Girls on Friday.

Ngui who doubles as KNUT’s National Executive Council member representing the Eastern region called for affirmative action from the government to provide relief food to schools.

“We are requesting both county and national governments to have affirmative action to provide food in our schools because hunger is striving the institutions. Education standards will be lowered if we don’t take that one as affirmative action,” Ngui said.

He was accompanied by the union’s representatives from Mwala, Machakos and Kangundo subcounties.

The unionists presented their views as KNUT, Machakos chapter to the committee during the meeting.

Among their recommendations were that; pupils in Grades 7, 8 and 9 should remain in primary school, more teachers to be employed by the Teachers Service Commission, and Grade 6 pupils to be taken to nearest schools once they sit for their examinations. 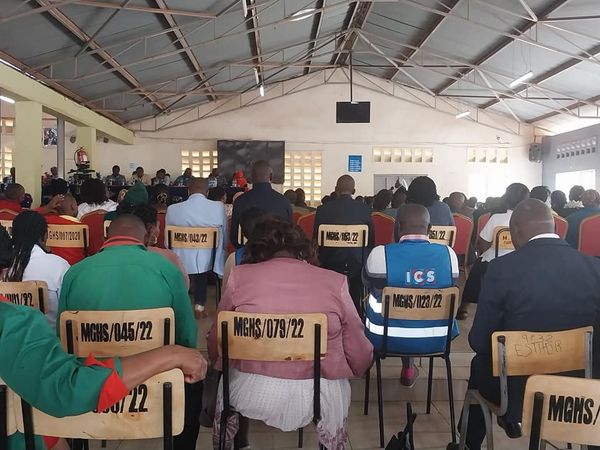 He retaliated that the previous government had neglected and frustrated teachers across the country.

“Teachers are the ones who can make CBC successful. If they are neglected, CBC will fail. They should be well remunerated.”

He claimed some teachers were interdicted, and demoted when they asked how CBC was going to be implemented, adding that some of their colleagues died out of the frustrations.

He said teachers must be involved, motivated and appreciated for CBC’s implementation to be successful.

“We support CBC, but we need to be involved so that it becomes successful. Both PP1 and PP2 teachers should be employed by TSC in the 2 – 6 – 3 – 3 – 3 curriculum and be managed by primary head teachers,” Ngui said.

On whether boarding schools should be abolished, Ngui said parents should be allowed to take their children to schools they can afford.

Ngui said before any change of policy in the education sector is made, a research should be done.

Post a comment
WATCH: The latest videos from the Star
by GEORGE OWITI Correspondent - Machakos
Eastern
12 November 2022 - 15:15
Read The E-Paper