My rivals in speaker’s duel had financial muscle, says Katisya 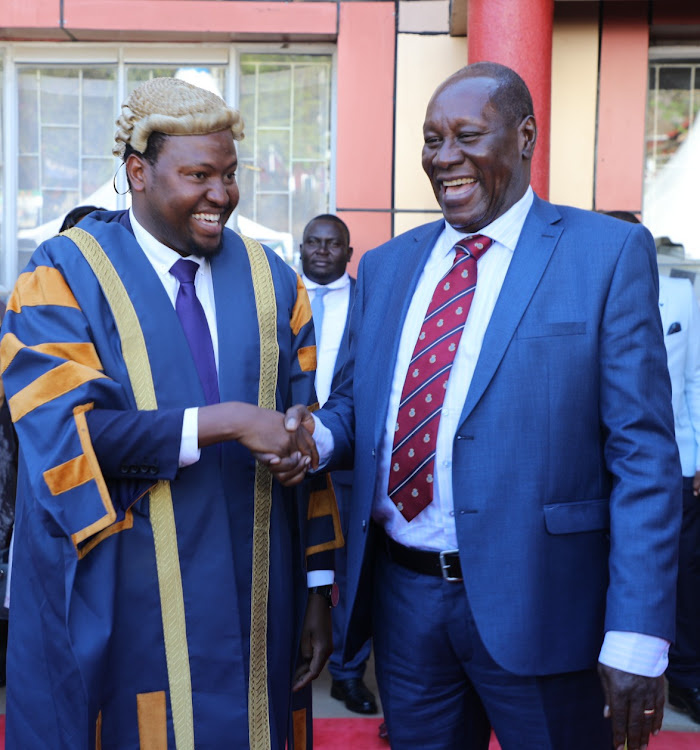 The 30-year-old lawyer said the campaign for the speaker’s seat was so tough as he ran against deep-pocketed rivals, and that at some point he became hopeless and felt that he was fighting a losing battle.

“I believe it is God who gave me this opportunity. At some point I felt that I will not be able to win this election but God was able to deliver it to me. I even told people that some of my opponents had loaded sponsors,” he said.

During the Wednesday election where the clerk of the assembly Elijah Mutambuki was the returning officer, Kitisya won after defeating eight rivals, including outgoing speaker George Ndotto and Dubai-based businessman Augustus Kyalo Muli.

Others were lawyer Samson Masila, Benjamin Musyoki and former MCAs Boniface Kasina and Andrew Luusa. Others were Paul Kitungu and Victor Mutua.

Speaking at a luncheon to celebrate his election at the county assembly precincts on Wednesday, Katisya who was joined at the fete by Governor Julius Malombe, said he relied on God as his sponsor.

“Last evening on the eve of the election, I was in a very tense moment when somebody came and asked to pray for me. He prayed for me. So I thank the Lord for giving me the opportunity,” he told the celebrants.

He told Malombe that under his leadership the assembly would work harmoniously with his administration to deliver service to the people of Kitui.

Katisya said the assembly would not in any way abdicate its role to provide oversight and keep the executive in check.

The speaker called on the MCAs to put aside their political differences and work in unison for the benefit of Kitui people.

He pledged to work in full consultation with the MCAs in executing his mandate.

Governor Malombe congratulated Katisya upon his election and declared that he was ready to work with him. 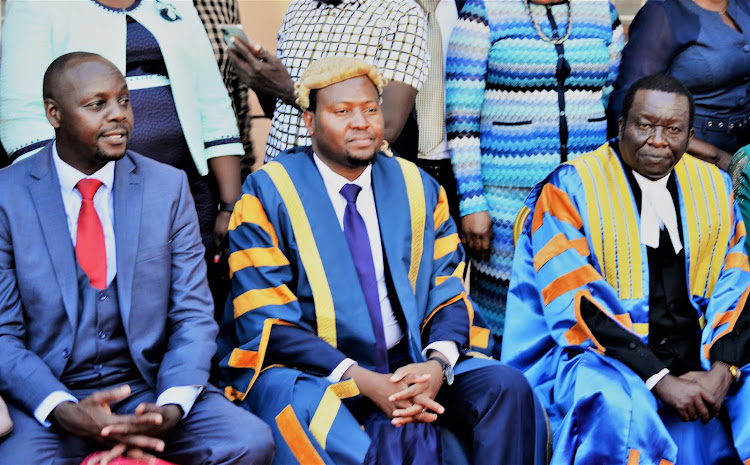