Say that will solve the problem of understaffing in local schools

• Mutia said the current situation in which only three subcounties in Kitui are categorised as Asal areas is erroneous.

• “If the entire county was categorised as an Asal it would attract incentives and teachers will stop shunning Kitui,” he said. 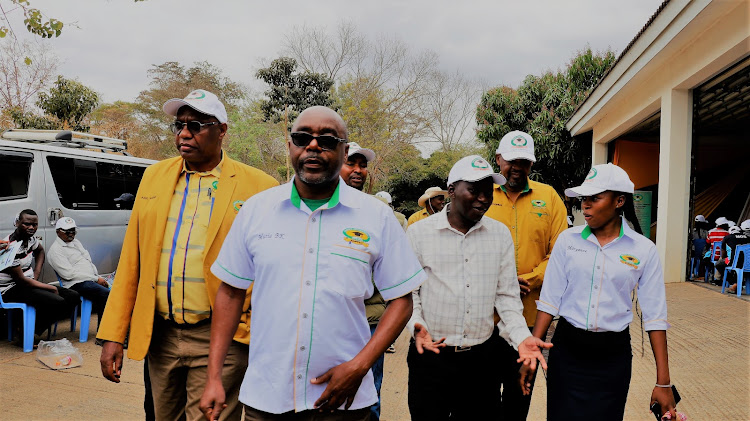 The Kitui teachers union has said their staff work under an extremely difficult and strenuous environment and should enjoy hardship allowance.

Kitui Kuppet executive secretary Kioko Mutia said it is prudent for the government to give the teachers commensurate incentives across the board, for them to keep going.

He spoke to journalists after hosting the Kitui Kuppet AGM at Kitui Kefri centre on Saturday.

The official said if the government classified the entire Kitui county as arid and semi-arid lands with attendant incentives and benefits, teachers understaffing would be sorted.

He said the current situation in which only three subcounties in Kitui are categorised as Asal areas is erroneous, as teachers across the county work under very uncompromising circumstances.

“Generally Kitui is a difficult county. It should be considered as arid and semi-arid land in its entirety without exempting any subcounty,” Mutia said.

The official said only Mutitu North, Tseikuru and Mumoni subcounties are listed as Asals in Kitui.

“If the entire county was categorised as an Asal it would attract incentives and teachers will stop shunning Kitui,” he said.

Mutia also praised Mwingi West MP Charles Nguna for presenting a petition in the last parliament, seeking to have Kitui declared an Asal.

He hoped that the relevant taskforce would visit Kitui soon for re-evaluation.

He said as soon as the new government settles down, it should start engaging the teachers’ union as it has been long since teachers got a salary increase and inflation hits them hard.

Nthurima further said Kuppet welcomed the decision by the government to audit the Competency Based Curriculum since the success of any curriculum is hinged on the ownership by all stakeholders.

“They need to include the union as they go round to talk to the public, so that the public understands what CBC is all about and we move together as we develop our children,” he said.

The official said the government should include teachers in the taskforce to review the CBC because they have been asking many questions and should get answers as stakeholders.

The impacts of climate change are worsening - report

The report shows that greenhouse gas concentrations continue to rise to record highs.
News
1 week ago

Two hacked with machetes as herders clash with Mwingi farmers

Residents, led by MP Paul Nzengu, had complained that the camels have been destroying crops and terraces.
Counties
1 week ago
Post a comment
WATCH: The latest videos from the Star
by MUSEMBI NZENGU News Correspondent
Eastern
18 September 2022 - 22:00
Read The E-Paper