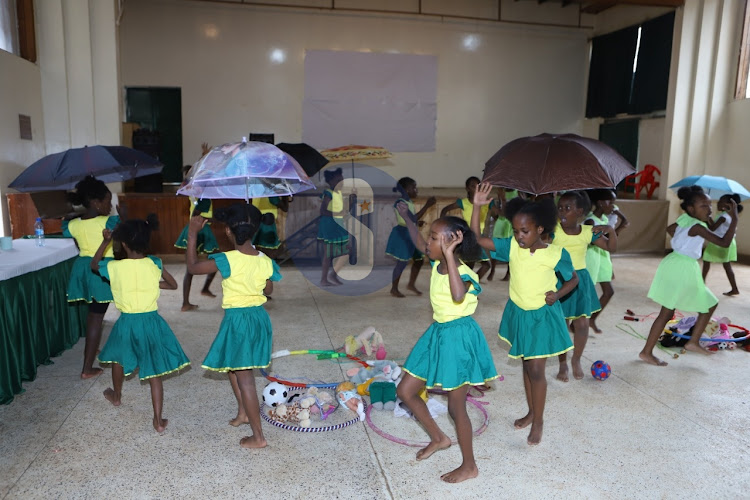 Excitement filled Embu Early Childhood Development Education schools after nine of them qualified for the finals of the 94th national music festivals.

The nine schools booked their place at the coveted event after emerging the best in the Eastern regional music festivals held at Kitui Technical Institute recently.

The Kenya Music Festivals that was on a two-year break following the outbreak of the Covid-19 is set to take place at Maseno University, Kisumu county, on Friday and Saturday.

Mwea and Micegethiu ECDE schools who are the national defending champions in the singing and choral verse categories are hopeful of retaining their titles even as they head to Kisumu for the festivals.

Embu County Director of Early Childhood Development Education Jeremiah Ireri said he is optimistic of Mwea and Micegethiu ECDE schools defending their titles because of the preparations that the trainers have put in place and because of the funding from the county.

Ireri said he is hopeful that the schools will be staging their performance before President  William Ruto at the Kisumu State House with the state concert set to be held on September 24.

The official said Mwea and Micegethiu ECDE performed at Nakuru State House before the president in 2019 after they emerged the best in the National Music Festivals held at Nakuru county.

He said the County Government of Embu has always been on the forefront of implementing the CBC co-curricular to ensure the ECDE classes participate in the extracurricular activities mainly in music, drama and sports.

Ireri further said the County Government has always funded the extracurricular activities by ensuring the materials needed are available and meeting other logistic measures that are always needed.

The director said Governor Cecily Mbarire is passionate about ECDE and vocational training centres, adding that the governor is in the process of scaling up the funding in ECDE in order to boost the sector.

He said scaling up the funding will help them to purchase more CBC compliant learning materials.

Other ECDE schools that have made it for the National Music Festivals from Embu are Iveche, Kirima, Mashamba and Mbuinjeru.

The nine schools will be competing in singing games, choral verse and set pieces.

They include antibiotics, X-ray equipment, chronic diseases drugs and other non-pharmaceuticals.
Counties
3 weeks ago

County chief says she is delivering on her 100-day promise of fully functioning health sector.
Counties
3 weeks ago
Post a comment
WATCH: The latest videos from the Star
by KNA
Eastern
15 September 2022 - 22:00
Read The E-Paper