Over 3,000 police officers deployed to man election in Machakos

The officers are being deployed to the 1,472 polling stations across the county

• “Yes, we don’t have any officers on our roads, we are focusing on the ballot,” Mohammud said.

• “We are deploying the officers drawn from various units including GSU in all nine tallying centres in Machakos county,” he said. 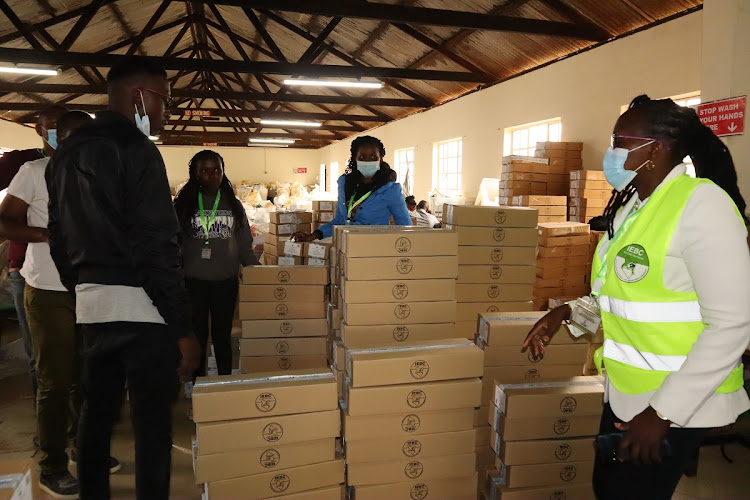 More than 3,000 police officers have been deployed to man the August 9 election in Machakos county.

Machakos police commander Issa Mohammud said as the National Police Service, they are ready for the task.

Mohammud who spoke to the Star on Monday said they are set for election coverage.

He said the officers are already being deployed to the 1,472 polling stations across the county.

“We are deploying the officers drawn from various units including GSU in all nine tallying centres in Machakos county.

A spot check by the Star revealed that there were no traffic police officers across the country including the busy Mombasa road on Monday.

“Yes, we don’t have any officers on our roads, we are focusing on the ballot,” Mohammud said. 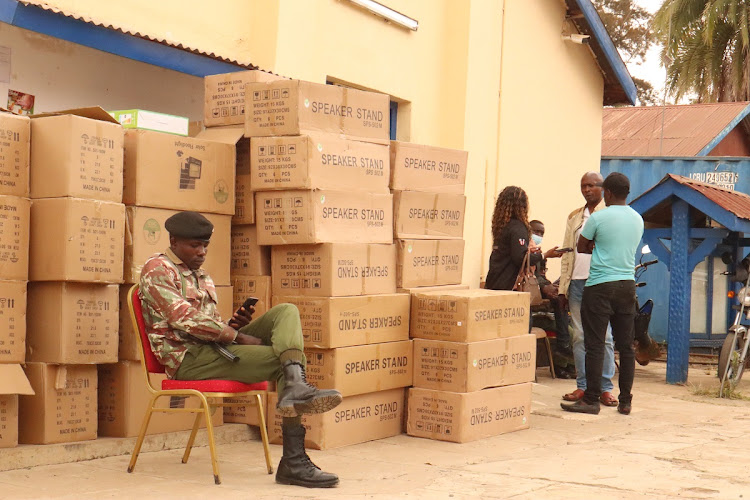 By press time, IEBC officials led by county returning officer Nelly Illongo were sorting out election materials alongside other logistics in respective constituencies tallying centres, ready for dispatch to the 1,472 polling stations.

The Independent Electoral and Boundaries Commission has created 140 new polling stations in the county.

The official said the county has 687,541 registered voters.

She said the electoral authority in Machakos is ready for the August 9 election.

“We are well prepared. Voter education has been ongoing. We have voter educators in the county, constituency and ward levels. Each of the 40 wards in Machakos has two voter educators totalling to 80,” Illongo said.

She said IEBC officials that comprise presiding officers and their deputies and clerks had been trained on their respective roles in the polls.

The official also said the county has received all election materials required to conduct the polls.

She however urged politicians and Machakos residents to maintain peace during the campaigns, election and after election.

The campaigns according to IEBC concluded on Saturday, 48 hours to the election day.

“When you get to the playing field, there are winners and losers. The winner is one per elective seat,” Illongo said.

She said each political position will only be occupied by one candidate, all others contesting for the same shall have lost.

“If you don’t win, check on where you went wrong so as to make other attempts next time. After announcements of the results, let’s remember that Machakos is ours. We don’t have any other home," Illongo said.

The official said the winner should take over leadership and serve all residents without discrimination.

"Losers should maintain peace and support winners so as to move the county forward, development wise. There is no need for violence, we will remain neighbours,” she said.

Illongo further said agents of various candidates should remain in polling stations where they will be assigned until the end of exercise, to be able to own the results.

“Agents should be with us in polling stations to the end because they are also election officials. They should be able to witness each and everything that happens in those stations and be able to say, this is what transpired,” she said.