Boost for Malombe as teachers back his governor bid

• On Saturday however, Kuppet and Knut leaders whose members are the majority, sung praises for Malombe. 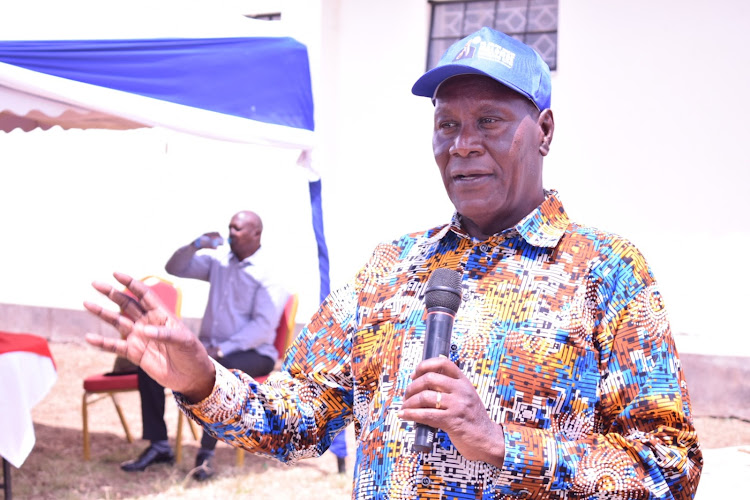 Kitui pioneer governor Julius Malombe’s quest to reclaim the seat he lost to Charity Ngilu in 2017 received a boost after teachers backing.

The teachers led by both their Kuppet and Knut county leadership converged at Malombe’s home on Saturday, the last day of campaigns ahead of the Tuesday polls.

They declared their unwavering support for the Wiper candidate.

The teachers who visited Malombe at his Ithiani village home in Changwithya East ward of Kitui Central were led by Kitui Kuppet executive secretary Kioko Mutia and his Knut counterpart Simon Nding’o.

However, the visit was an overt indication that the entire teaching fraternity in Kitui is divided on their favoured Kitui gubernatorial candidate. 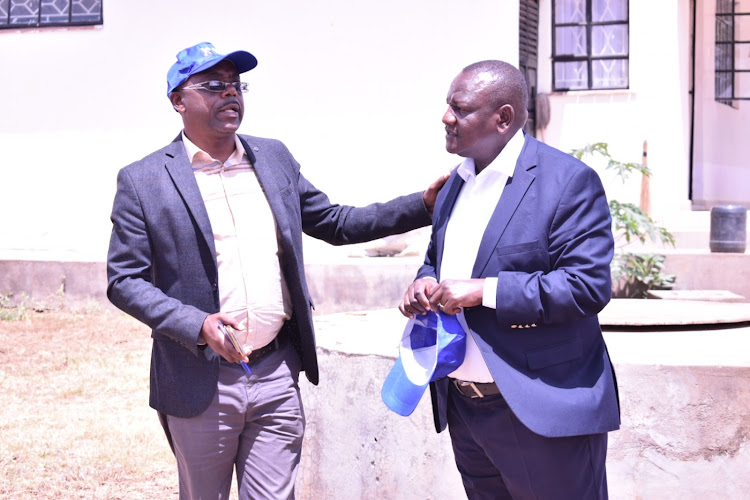 The leaders spoke during a meeting held at Ngilu’s Ithookwe village home.

Ngilu is supporting Musila as her ideal successor. The meeting was also attended by Musila.

On Saturday however, Kuppet and Knut leaders whose members are the majority, sung praises for Malombe as a man who left an indelible development mark, when he served as governor between 2013 and 2017.

Both Mutia and Nding’o said teachers in Kitui recognised Malombe as a true servant of the people.

They said even as he prepares to recapture the governorship, his manifesto resonates well with the aspirations of the people of Kitui.

The leaders assured Malombe they will mobilise and rally all their members in the county to vote for him to the last man at the Tuesday polls.

"We have joined hands with Malombe because we believe in him and trust in his leadership. When he was the governor, education standards in the county were high, unlike today," Nding'o said.

"We have made a conscious decision to support Malombe because we trust he has capacity to restore Kitui and rescue the county from poverty and underdevelopment,” he said.

Mutia said the Kitui teachers trade unions had vowed to mobilise every vote within their fraternity for Malombe without any distraction.

Malombe promised to offer servant leadership where accountability and transparency for public resources would be key.

He said he is humbled by the teachers support. 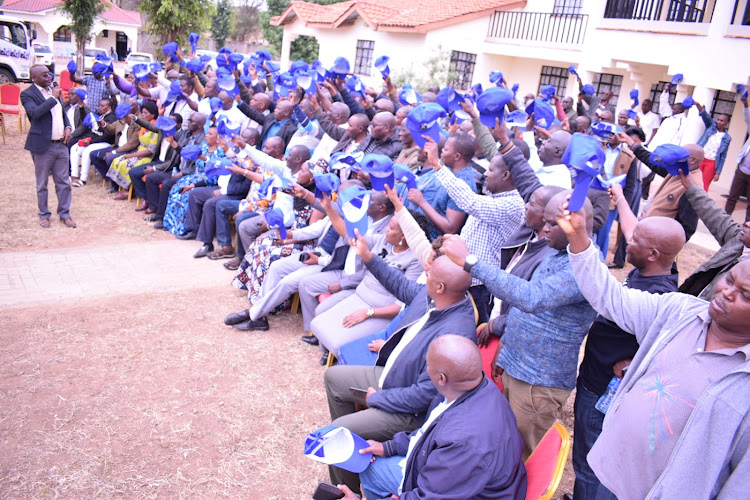