Says Ruto's utterances and angry outbursts may cost the nation, if he is elected president 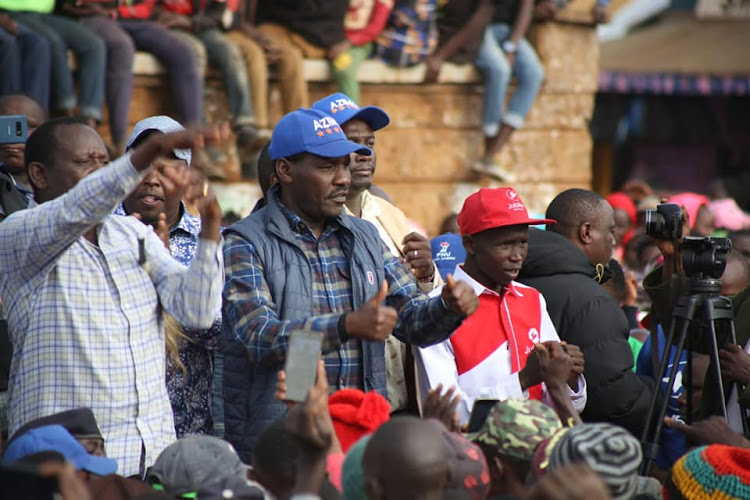 Munya said Ruto's utterances and angry outbursts may cost the nation, if he is elected president in the August 9 general election.

The CS spoke during a rally to drum up support for Azimio flagbearer Raila Odinga at Muthaara on Wednesday.

"What if by mistake Ruto is given the sword on his hands with the kind of anger he is expressing every day? Would he not finish many?

"You even saw him cry, who knows the reason? Ruto's greed and corruption will destroy the economy," he said.

Munya said Raila's policies aim to transform the country and create job opportunities for the youth.

"When we buy items from China, we build China. This is the reason Raila has pledged to establish local cottage industries, promote manufacturing, agro-processing and value addition," he said.

The CS said by Tuesday next week Raila's rating will rise to more than 60 per cent urging Meru people not to relent.

"We must lead as Meru community in voting for Baba and Martha Karua. It is confirmed Raila is winning with a big margin," he said.

He also said Raila's manifesto captured a plan on economic growth and value-added production and trading, education for all and health care for every citizen.

Munya said Raila's government will create an enabling environment for smart agriculture to thrive and boost the country’s food security.

DP Ruto last week asked Uhuru not harm his children now that he is not supporting him for the top seat.

Uhuru in response said he is not capable of doing such acts even if he is in power because he believes in God.

"That is what they just think about. That's not what they would do if they were in power. They are led by the devil. I am led by my God," Uhuru said.

The President's response followed attacks by Ruto, accusing him of issuing threats.

Locals tell off Munya after claiming Ruto will imprison Uhuru

The locals insisted that it was propaganda.
News
1 month ago

Ruto said Munya has failed farmers across the country.
News
1 month ago
“WATCH: The latest videos from the Star”
by GERALD MUTETHIA Correspondent, Meru
Eastern
04 August 2022 - 22:00