Healthcare and drought problems will be given priority – Doyo

Former Isiolo Governor Godana Doyo said this when he unveiled his manifesto in Isiolo town.

• During his first six months, Doyo promised the completion and full operationalisation of the Isiolo Abattoir that will see the employment of 300 youth.

• He also called on the locals to work closely with his incoming government to break the dormancy of the Isiolo International Airport to better serve the needs of the residents. 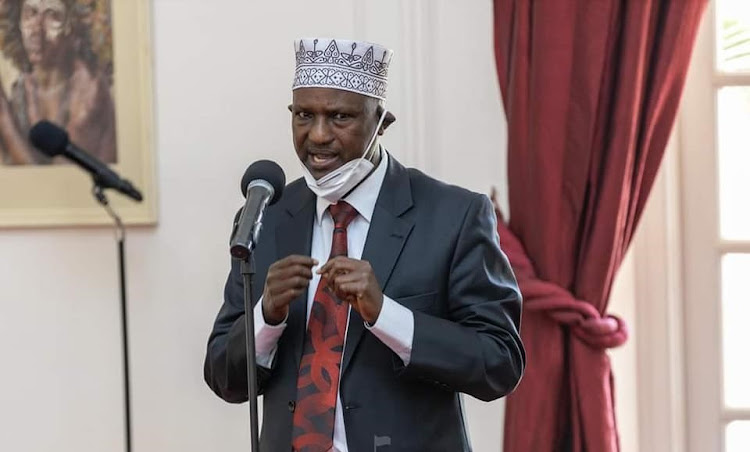 In a bid to reclaim the seat he lost to incumbent Dr Mohammed Kuti, Doyo has prioritised health care coverage and solutions to the recurring drought situation in the county that has been a challenge in his manifesto.

Speaking to locals, Doyo, who is vying under the independent candidate ticket, promised to establish Level Four Hospitals in all sub-counties and a Mother-Child centre in hospitals to aid in maternal health care cases.

“Our people lack health cover therefore we will ensure there is a provision of insurance so that they are able to access health care services anywhere and at any time,” said Doyo.

He also noted that in 2013, during the inception of the devolved government when he was governor, they worked with a budget of Sh1.9 billion that has now grown to Sh 5.3 billion which will certainly do more if he is elected," said Doyo.

“To strengthen our universal healthcare systems, we will establish an ‘Afya Centre’ in Isiolo Couty Referral Hospital that will act as an integrated office.”

He said that the ‘Afya House’ would allow the streamlining of healthcare services efficiently and in a sustainable way.

To address the issue of recurring drought problems in the area, the former governor said that they would put into good use the water that flows from the Ewaso Nyiro River that passes through 200 kilometres of the Isiolo county region before it disappears underground to become a subterranean river at Merti.

“Through the Isiolo river, if we are able to help our farmers then we can provide food for our county because we are not a dry land as well as supply sufficient water.”

“We will also establish drought and emergency programs that will not only help us address drought issues but will also help us become sustainable,” said Doyo.

During his first six months, Doyo promised the completion and full operationalisation of the Isiolo Abattoir that will see the employment of 300 youth.

“Before, we were unable to sell our meat outside because we had not met the international standards,” said Doyo.

“We will establish areas that are disease-free zones so that when our cattle are brought into the slaughterhouse, we are not worried about selling our meat to the international market,”

He also called on the locals to work closely with his incoming government to break the dormancy of the Isiolo International Airport to better serve the needs of Isiolo residents.

He argued that goods from markets such as China, Dubai, Singapore and Thailand are imported and they are received at the Eldoret International Airport instead of Isiolo which is closer to Nairobi.

CAS Ministry of Devolution and ASAL Abdul Bahari who was in attendance alongside Somali Council of Elders chairperson Shariff Abdulkadir and his Borana Council of Elders counterpart Abdullahi Gonjobe urged members of the various ethnic communities living in the cosmopolitan county to peacefully coexist before, during and after the upcoming elections.

Jama says the current leadership has terribly failed and the county is in a mess.
Counties
2 months ago

OMAR: What's a manifesto should address

A manifesto must address the dignified livelihood of all citizens.
Opinion
2 months ago