• He however said Machakos Governor Alfred Mutua worsened the situation by pushing for Machakos to be removed from the list of hardship areas in the country. 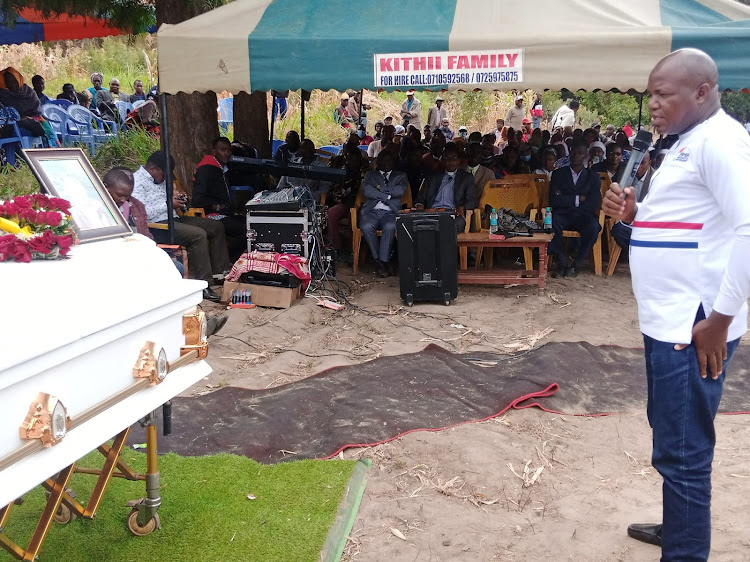 The government has been urged to provide relief food to starving Ukambani residents.

Former Yatta MP Francis Mwangangi said the situation is dire in most parts of Machakos, Makueni and Kitui counties, hence the need for urgent intervention to save lives.

“I am calling on the national and county governments and humanitarian organisations such as the World Food Programme to help our people as fast as possible.

"Residents are suffering, our schools are about to be closed as the institutions lack food,” Mwangangi said.

He said parents with children in schools, especially public ones have equally been hit hard by hunger and have no water and food.

Mwangangi urged the state and well-wishers to provide food and salvage the situation.

“If the situation continues, corrupt persons in our society, the fellows who have looted the counties and country dry are likely to use their ill-gotten wealth to influence our people to vote for them on August 9,” he said.

The former legislator said such culprits will influence the hungry electorate by providing food, water, clothing and money as handouts to influence their vote.

“The electorate will forget sources of monies being used to buy them food items, clothing and even cash as handouts during these tempting and critical times,” he said.

Mwangangi said such corrupt leaders will continue milking residents' dry if elected by stealing from the public coffers.

He said most parts of the region are dry making the situation more dire and pathetic.

“I have gone to Yatta, Masinga, Mavoko, Mwala and even here in Mumbuni, the situation is the same, drought, hunger and no rains.

“Drought has taken hunger to schools, we need school feeding programmes. If our government and humanitarian organisations intervene, they will sort out the problem,” Mwangangi said.

The former legislator however said Machakos Governor Alfred Mutua worsened the situation by pushing for Machakos to be removed from the list of hardship areas in the country.

“Mutua said he had provided residents with plenty of water and hence we longer had problems and we were removed from the list of driest counties. Organisations that could have helped, now can’t help.

“We should be returned to the list so that our people can benefit from food and water, to relieve the suffering,” he said.

Abdi appeals for more support to address hunger in Wajir

Says there is need to upscale cash transfers, relief food and health interventions.
Counties
4 months ago

Lives of 345 million people in 82 countries are at risk of hunger.
Business
4 months ago

In Kenya, about 1.4 million people are surviving on donated food, while majority of the rest cannot afford a balanced diet daily
News
4 months ago