•An angry crowd pelted the fire engine with stones and destroyed its water pipes, forcing the driver to drive off for safety. 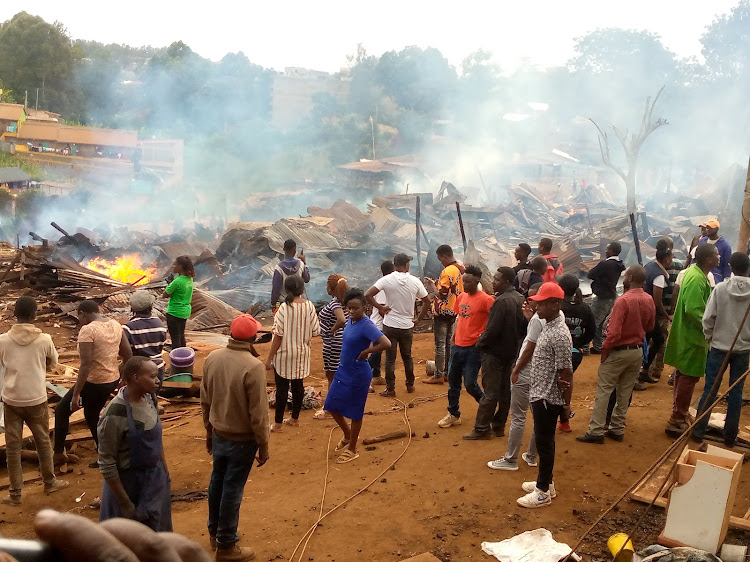 Property worth millions of shillings was burnt to ashes at Shauri market in Embu town on Friday afternoon.

The fire was triggered by a teargas canister fired by police as they dispersed Boda boda operators who were protesting police harassment, witnesses said.

The canister landed at a workshop at the busy Shauri market and erupted into a fire that spread to business stores and structures including shanties.

The county fire response team arrived several minutes afterwards but did not manage to fully put out the fire.

According to a statement from Governor Martin Wambora's office, an angry crowd pelted the fire engine with stones and destroyed its water pipes, forcing the driver to drive off for safety.

"The fire engine arrived at the scene ready for the rescue mission. However, after few minutes, a group of rowdy youths appeared and started hurling stones and fire blazes toward the machine leaving the machine partly burnt. It took the bravery and expertise of the driver to evacuate the vehicle," the statement read.

The report further said that Governor Wambora, upon receiving the news, contacted the neighbouring Kirinyaga county for fire engine assistance.

Shauri residents and traders now face losses amounting to millions of shillings but no death was reported.

Speaking after the incident, trader Dera Wandiri said she suffered more than Sh300,000 in losses from the incident. 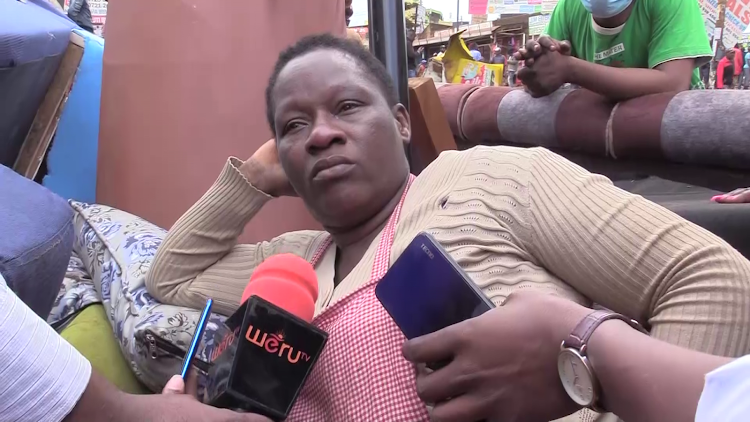 Dera Wandiri, a Shauri market trader, spoke to the media after the fire incident at Shauri Market in Embu town on Friday, June 24, 2022.
Image: BENJAMIN NYAGAH

Wandiri, who is a timber trader, said her stock and machines were all destroyed by the fire.

"My timberyard has been destroyed to ashes. There's nothing I could rescue including the machines," said Wandiri.

Embu county security authorities are yet to issue a statement concerning the incident.

The situation at Embu town has been under tension following the growing number of motorcycles stolen. Last week, two suspected thieves were burnt to death by angry operators.

The two suspects are from the Meru community, who have dominated the Kamuketha market in Embu town.

Embu Boda Boda operators and Muguka traders met authorities on Thursday and agreed to work together without differences.

However, the Boda Boda operators were also annoyed with police harassment.

The clashes against police harassment, which took place the most part of the day on Friday, saw businesses facing closure and altered transport system as no matatus were operating in the busy stage of Embu town.

General Service Unit (GSU) was deployed to contain the situation until the evening when normalcy returned.