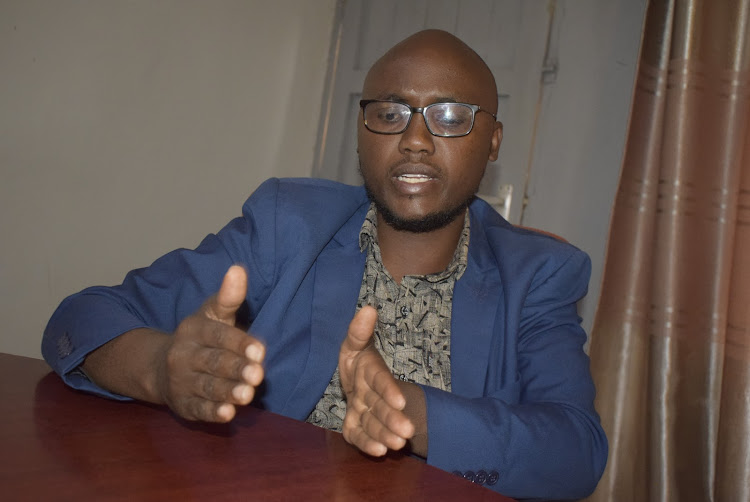 North Imenti MP candidate Erick Mutwiri has urged Kenyans to elect independent candidates as they would not be controlled by political parties.

He said the next Parliament might have more independent candidates than the current one.

Mutwiri, who spoke to the Star on Monday, said independent candidates might help craft good laws and perform their oversight role well as they would not be victimised by political parties.

"I think Parliament needs people with independent minds. I urge Kenyans to consider independent candidates and frustrate those in political parties formations," he said.

The candidate said the high cost of living is due to legislators' affiliation to political parties more than being people-centred.

"When taxes are raised, they are raised in Parliament because people are whipped according to political parties," he said.

He said Kenyans need to liberate themselves from the bondage and bandwagon of political parties.

"Some politicians keep struggling to explain their party positions," the candidate said.

Mutwiri further said the requirements for independent candidates to vie are very stringent.

"We had to collect signatures from 1,000 supporters and get copies of identity cards. Getting signatures is not a problem but convincing someone to give you a photocopy of his ID is not easy," he said.

The candidate said this was deliberate by legislators who crafted the law, to frustrate new comers in the political arena.

He however said if elected, he would ensure that North Imenti has a cash crop, which it lacks despite being an agricultural zone.

Mutwiri is an economist and has participated in World Bank funded projects in Meru under the Kenya Urban Support Programme, where they built and put cabro in markets.

"I was doing feasibility studies to justify why we need those projects. To get funding for such projects in rural areas, we need to have cash crops," he said.

The candidate said having worked in the public sector as an economist, he thinks North Imenti needs to have established economic activities or it will lag behind.

He said his economic model will focus on arts and agribusiness.

"My community-based organisation has more than twenty women groups, who are trained on art and handcraft opportunities," Mutwiri said.

He said most youths do not have jobs or farms to do agribusiness and that is why he decided to start the initiative.

Mutwiri said he will tarmac roads in rural areas so that farmers can take their produce to the market.

He also said he will table the government projects coordination act, to avoid duplication of roles.

"We could also amend the County Government Act, to ensure government and NGO projects are well coordinated. This will curb spending, where funds have been mooted by a different entity," the candidate said.

He also said there should be low fines for petty offenders to minimise corruption cases.

Says most most Kenyans do not trust them with their ID cards.
Counties
3 weeks ago

Party says losers will be accommodated in other capacities and they should support winners
News - Page 8
1 month ago
“WATCH: The latest videos from the Star”
Eastern
21 June 2022 - 22:00