The governor's allies plead with Raila to unite the two for the sake of Azimio campaigns. 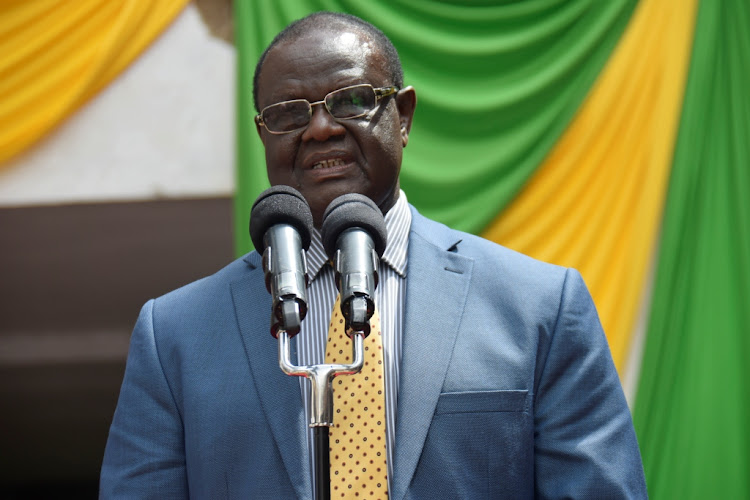 Kiraitu, who had mobilised residents in thousands to attend Azimio la Umoja presidential candidate Raila Odinga’s rally at the stadium, did not attend a similar rally at Mikinduri.

Mikinduri is in Munya's home region of Tigania. The Mikinduri rally was held in the mid morning hours before the rally at Kinoru Stadium in the afternoon.

Kiraitu has in the past accused Munya allies of campaigning for Woman Rep Kawira Mwangaza behind the scenes despite the two being in Azimio coalition.

The governor's allies have pleaded with Raila to bring the two together to ensure there is coordinated Azimio campaigns.

Mike Makarina said Munya is yet to declare his support for Kiraitu despite the governor and his team embracing Raila's leadership.

“We want an handshake between Munya and Kiraitu. We want Mpuru and Munya to start campaigning for Mamba (Kiraitu’s nickname)," Makarina said.

Both Munya and Kiraitu who are drumming up support for Raila, have urged Meru residents to turn out in large numbers and vote for the Azimio presidential candidate.

Munya said the state will on July 5 officially sign agreement on resumption of Miraa market to Mogadishu.

“Only Raila has the interests for Meru people. Tea farmers will get a boom bonus this July," he said.

Some of the leaders who accompanied Raila included his running mate Martha Karua, Francis Atwoli, Peter Kenneth, Kalonzo Musyoka, Junet Mohamed and Babu Owino, among others.

Somalia suspended miraa imports from Kenya on March 19, 2020 over a diplomatic row.
News
2 weeks ago

However, he didn't mention those involved in the alleged misuse of development funds
Counties
2 weeks ago

How Raila's cabinet is likely to be if he wins

In some instances, Raila has openly asked politicians to drop their ambitions for national roles.
News
2 weeks ago
“WATCH: The latest videos from the Star”
by GERALD MUTETHIA Correspondent, Meru
Eastern
20 June 2022 - 08:34