The former allies differed on issues of health, agriculture and tourism 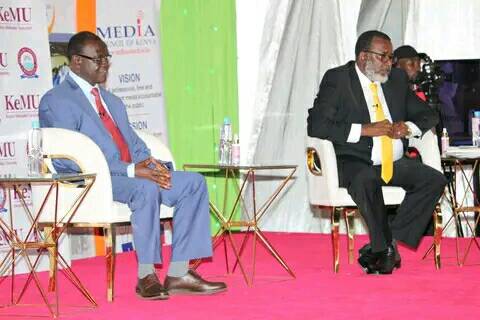 The debate held at the Kenya Methodist University on Monday had Meru Governor Kiraitu Murungi and Senator Mithika Linturi clash over on a number of issues including health and agriculture.

Kiraitu and Linturi who previously campaigned together under Jubilee Party are now fighting for the same position.

Kiraitu is running on his Devolution Empowerment Party while Linturi is vying on a UDA ticket.

Meru Woman Representative Kawira Mwangaza who is also contesting as an independent candidate skipped the debate.

The debate, a first for governors in the country, was organised by Kemu and a number of media houses.

Kiraitu said health services have improved under his leadership, citing the building of a fully function renal unit and ICU at the Meru Teaching and Referral Hospital.

However, Linturi said the state of county was pathetic and the only oncologist left the MTRH. "There are hospitals where three patients are sharing one bed."

He said there is poor remuneration and delayed promotion of health workers as well as lack of medicines.

But Kiraitu said they make special arrangements to address the late disbursement of funds to counties.

Kiraitu said he had also sorted the issues of strikes in the county and they are in the process of promoting health workers as per the government regulations.

"Its true we have issues with promotion, but for now we cannot promote because the wage bill will go higher than required," Kiraitu said.

Linturi however said Kiraitu as governor should make arrangements with Kemsa to ensure there is no shortage of drugs.

"We need personnel to check the stores and keep track of drugs needed to be stocked. If I am elected governor, I will automate the storage so that patients do not miss out on drugs," he said.

Kiraitu said counties should be given the go ahead to purchase drugs from available private entities, to address late disbursement by Kemsa.

The county boss further said he will focus on avacado, macadamia and potatoes value chains.

"We have a nursery for avocado and macadamia at Kaguru, where farmers can get seedlings at a cheaper price," Kiraitu said.

He said they have also received Sh500 million from foreign donors through collaboration with Ministry of Agriculture.

Kiraitu said the national government should give counties 80 per cent and remain with 20 per cent at Kilimo House, since agriculture is a devolved function.

Kiraitu said his political nemesis with Agriculture CS Peter Munya made Meru miss out on many projects from the ministry.

Linturi however said if he clinches the seat he would tap in into value addition, which Kiraitu has failed to.

The Senator also hit out at Kiraitu for failing in his pledge of making Meru National Park equivalent to Masai Mara in terms of tourist attraction.

Kiraitu defended himself saying he had done much to uplift tourism in the county by grading many roads that lead to Mount Kenya and bringing back the extinct Mountain Bongo's.

The county boss said he will win come August polls while Linturi said Kiraitu should concede if he looses. 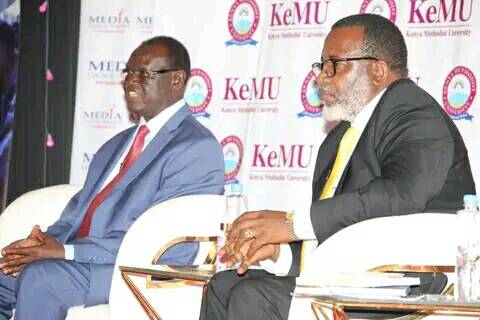 The interviews will start at 7:30pm on Monday.
Counties
1 month ago

This comes after campaigns in Meru where Kiraitu's party was left out.
News
1 month ago

He ushered in economic reforms, free education and a new constitution
Counties
2 months ago

Says he will set aside seed capital to help sex workers conduct various businesses.
Counties
2 months ago
“WATCH: The latest videos from the Star”
by DENNIS DIBONDO Correspondent, Eastern Region
Eastern
25 May 2022 - 22:00