The interviews will start at 7:30pm on Monday.

•The Media Council of Kenya and upper Eastern media managers in partnership with KeMU and Vera beauty have already set the stage for the live broadcasts at Kenya Methodist University (KeMU). 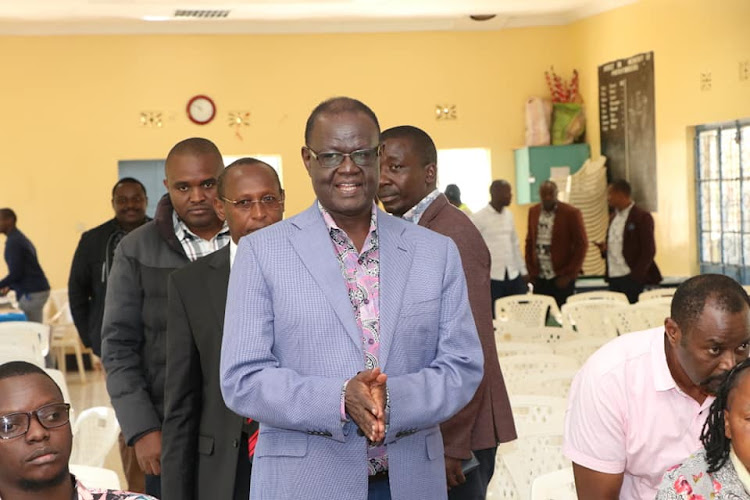 Meru governor Kiraitu Murungi and his competitor Senator Mithika Linturi will face each other in a live interview to be covered by 15 local Meru Radio and TV stations.

The Media Council of Kenya and upper Eastern media managers in partnership with KeMU and Vera beauty have already set the stage for the live broadcasts at Kenya Methodist University (KeMU).

“We will be going live. This is the first such interview in the Country and it will be rolled out in other counties by Media Council. There are two more candidates who wanted to be enjoined in the interviews on Saturday but it was late as we were already in an advanced stage of preparations and also because of logistical issues we could not book them in. We had given the aspirants a deadline,” Mzungu told the Star.

Kiraitu and his deputy Titus Ntuchiu are seeking a second term.

Linturi has picked Lawyer Linda Kiome as his running mate for the August 9 general elections.

Linturi is vying on a UDA party ticket while Meru Senator Kiraitu is flying his Devolution Empowerment Party (Mbus) flag.

“The interviews will start at 7:30 pm. We are starting by Interviewing governors, then senators and woman reps,” Mzungu said.

He said questions will revolve around the devolved functions like agriculture, health, water and politics of the day.

Contenders will also be tasked with highlighting their agenda to the masses.

He started as an accountant at Afya Sacco and rose through the ranks to be financial institution's CEO.
Counties
1 month ago

Jubilee hits out at Ruto, calls him 'ghost worker'

This comes in the wake of accusations that the DP abdicated.
News
1 month ago
WATCH: The latest videos from the Star
by GERALD MUTETHIA Correspondent, Meru
Eastern
22 May 2022 - 12:56