Say residents survive on a single meal a day, while others sleep on empty stomachs 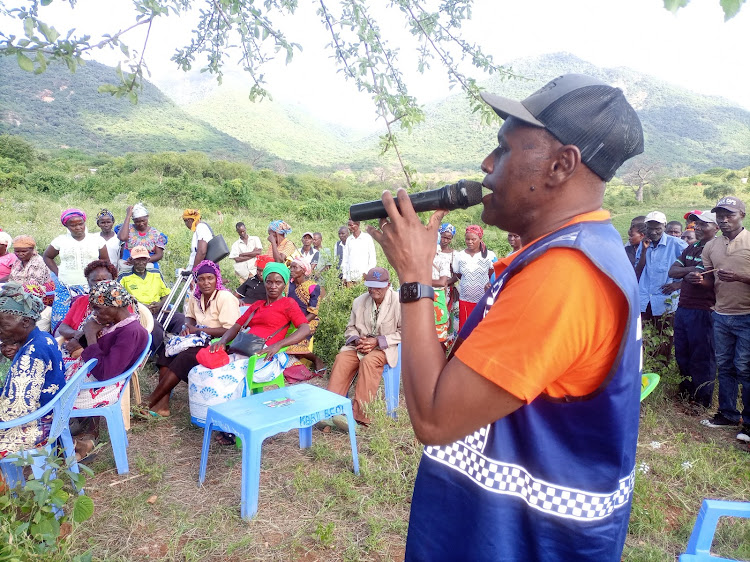 DROUGHT EFFECTS: Rev Euticaul Wambua addressing residents of Mukong'a area in Mumoni district of Mwingi North who had arrived for relief maize rations he was distributing on Friday, May 13.
Image: MUSEMBI NZENGU

Rev Euticauls Wambua said on Sunday that there was urgent need for the government, people of good will and humanitarian NGOs to prioritise apportioning increased famine relief food to citizens.

“I spent the better part of last week doling out relief maize to targeted members of the church and the most vulnerable residents. It dawned on me that a big percentage of the population is food insecure,” he said.

The clergyman who heads the Baptist Chapel Ministries in Lucky Summer, Nairobi spoke at his home in Kivusyani village, Kyuso in Kitui.

He said he has over the past week distributed up to 650 bags or relief maize.

“I had a specific target group of those to benefit from my food donation in Kamuwongo, Itivanzou, Mandongoi, Kasiluni, Kyuso and Mukong’a. However, I was shocked by the high number of hungry people who showed up,” Wambua said. 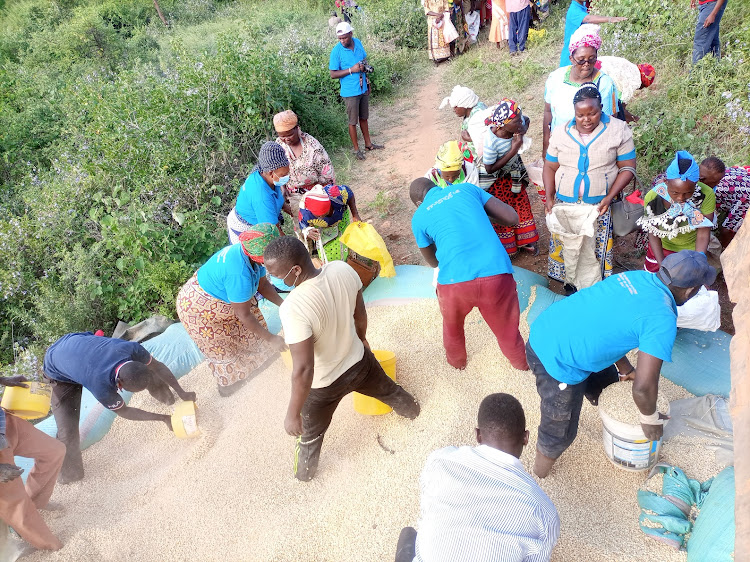 He said in most cases he had to whittle down the portions so that all those who showed up went home with at least 10 kgs of food.

Wambua said many claimed to survive on a single meal a day, while others slept on empty bellies.

The clergyman said the high numbers of those who showed up at his relief food distributions centres passed the ominous message that all is not well.

He said more the reason why government, people of good will and NGOs should target a sizeable chunk of the population for relief food.

“When I visited those areas during the food distribution, it was overt that the March-May long rain had failed. In most places the farms were bear or the stunted cropped had prematurely wilted.

“As a matter of urgency serious steps need to be taken to cushion the hungry populations to avoid undue suffering,” he said.

Wambua said considering the need for concerted efforts to minimise the pain of hunger pangs among residents, he would sooner than later return with a basketful of food for the elderly and disabled persons. 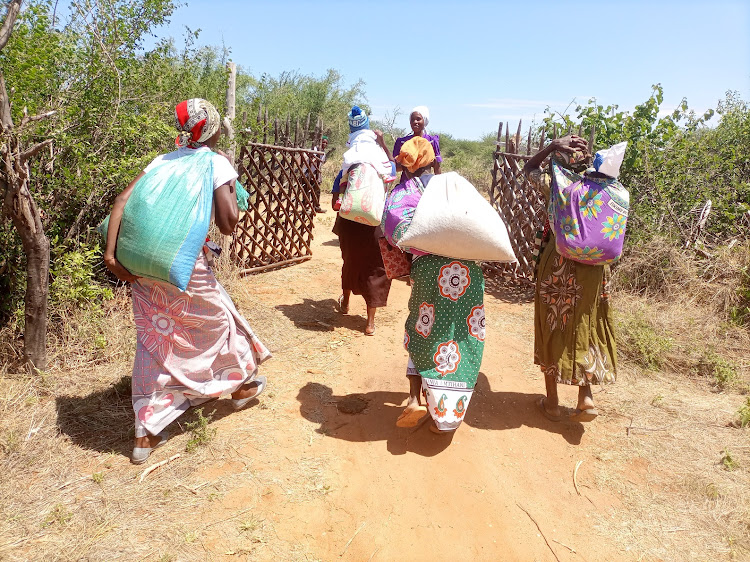 UN warns of impact of drought in East Africa

20 million people across East Africa are at risk of severe hunger.
News
1 month ago

Say the biting drought has persisted in 17 out of 23 counties.
News
1 month ago

Some 103,286 pregnant and lactating women are also affected.
News
2 months ago
“WATCH: The latest videos from the Star”
by MUSEMBI NZENGU News Correspondent
Eastern
15 May 2022 - 22:00