However, Guyo Gorsa seeks to remain in custody until the state assures him of his security

•Through his lawyer John Khaminwa, Gorsa said he fears he might be harmed if the court releases him.

•Khaminwa, however, appreciated the court judgement but said Gorsa continues to remain in custody as he moves to the High Court to obtain orders for Gorsa’s security. 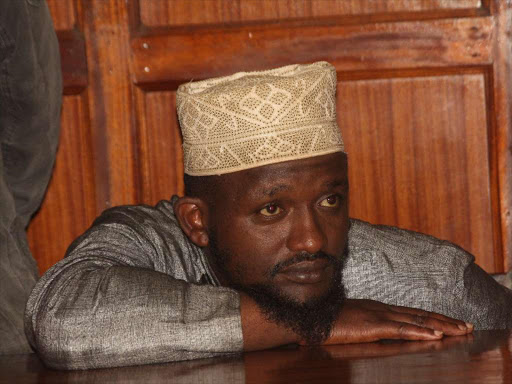 A Marsabit Muslim teacher, Guyo Gorsa, who in 2018 was charged with terrorism has been acquitted by a Nairobi court.

In her Judgment, Micheni said she had considered all documents before her and the prosecution did not prove their case against him.

“There was no proof that the videos were used to commit terrorism acts. The prima facie was not established to warrant the accused be placed on his defence. He has no case to answer in all the charges,” Micheni said.

“The court dismisses the case entirely and acquits the accused.”

Last November, Gorsa had applied to remain in custody until the state assures him of his safety.

Through his lawyer John Khaminwa, Gorsa said he fears he might be harmed if the court set him free.

Khaminwa, however, appreciated the court judgement but said Gorsa continues to remain in custody as he moves to the High Court to obtain orders for Gorsa’s security.

The magistrate said although he is acquitted, his application to move to the High Court was welcome.

She said Gorsa has the liberty to walk out but he can opt to remain in custody to pursue his rights.

“I think 30 days are enough if he agrees to pay for remand services then I will issue a remand warrant,” Micheni said.

In his application to be detained, the cleric said people who have been acquitted of terrorism charges have been abducted, killed or disappeared without a trace.

“We have written a two-page letter to Interior Cabinet Secretary Fred Mating’i seeking an assurance that Garso will not be harmed but the response was not satisfactory,” Khaminwa said.

He asked the magistrate to either summon the Director of Criminal Investigations George Kinoti to court or assure his client of his safety.

He requested to be allocated officers to escort him to his hometown and the names of those officers be recorded in court.

Khaminwa said the orders he intends to receive from the court will guarantee that his client will be safe at his home and won't be abducted.

“He told me that he better stays in jail than be killed after his acquittal,” Khaminwa said.

The prosecution, however, said they cannot guarantee Garso’s security even though he said the office took the allegations seriously.

Garso was arrested by the Anti-Terror Police Unit and was subsequently accused of being an al Shabaab operative, using his position as a religious leader to recruit youths into the outlawed group.

He was also accused of commissioning acts of terror.

Recent incidents where suspected al Shabaab sympathisers have been arrested and denied their day in court are said to be the reason why Gorsa, sought the orders from the court.

Marsabit sheikh requests to remain in custody if acquitted