Police reservists, GSU to beef up security in Meru

•Majority leader and Athwana MCA Victor Karithi urged the security agencies to move with speed and arrest the killers. 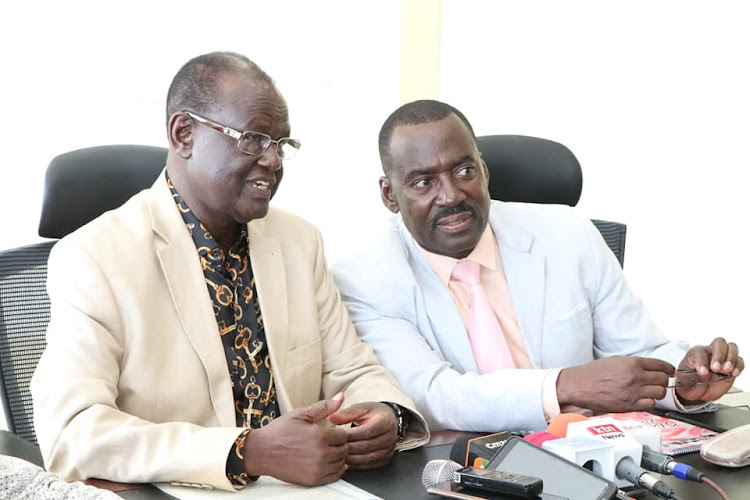 The government has deployed GSU officers at the Matoatoa camp and provided 60 guns to national police reservists to curb insecurity at the border between Meru and Isiolo.

Ndunga said the GSU Plateau is at the site and 25 disarmed county trained reservists will be re-armed with immediate effect.

“The national and county government security team has had a hard time since January due to insecurity in Tigania East and West. We have a GSU officer at Matoatoa for quick response in case of an alarm. Insecurity will be a thing of the past,” he said.

Ndunga said the officers will ensure the area has no camels which were the cause of deaths in Meru.

He appealed to Meru and Isiolo elders to open up dialogues for an amicable solution.

Meru majority leader and Athwana MCA Victor Karithi urged the security agencies to move with speed and arrest the killers.

“We are grateful to President Uhuru Kenyatta for deploying the officers to curb insecurity. We want the criminals arrested,” Kiraitu said.

He said after talks with President Uhuru Kenyatta, Matabithi landowners who have had a tussle with Kenya Defense Forces (78) Battalion are now happy after the forces were ordered to leave the land.

“Isiolo Barracks (78 tank battalion) will be relocated to a security corridor on the border of Meru and Isiolo and the current land given back to the community,” the governor said.

“These measures will help us alleviate the rampant killing of our people by camel herders. We will accord the GSU officers the necessary support by among them drilling a borehole in the area.”

Ten Migori gangs on law enforcers' radar ahead of polls

Says it is an insult for police officers to be withdrawn from Ngatune, Ngaene, Thangatha and Kiembene.
Counties
4 months ago

The attack came after angry residents drove the herders' camels out of their farms early Wednesday.
News
5 months ago
“WATCH: The latest videos from the Star”
by GERALD MUTETHIA Correspondent, Meru
Eastern
24 April 2022 - 22:00