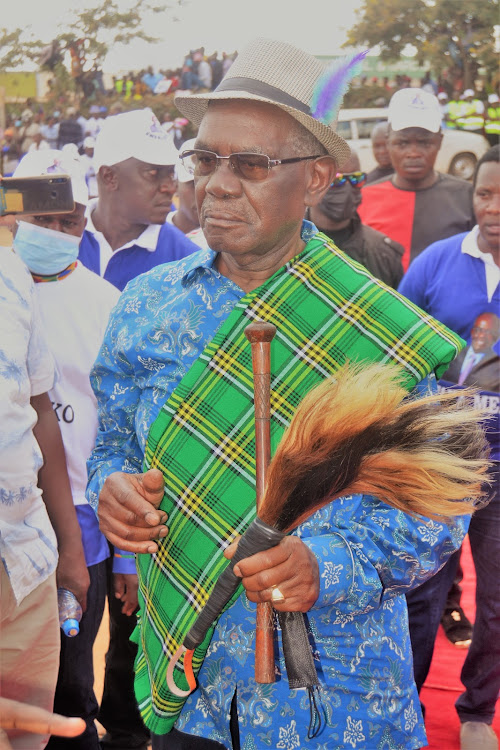 WIPER TICKET: Kitui governor aspirant David Musila after he was was blessed by elders and crowned a Kamba elder in Mwingi on Saturday, March 19.
Image: MUSEMBI NZENGU

He said it was Musila's followers who took the microphone and one after another asked the candidate to contest as an independent should the going get tough at Wiper.

“The head line, 'Musila ditches Wiper again to run as independent in Kitui', is not only a falsehood but also a misrepresentation of the facts.

"Musila is in Wiper and never at any one time during his launch did he announce that he had ditched the party,” Kitungu said. 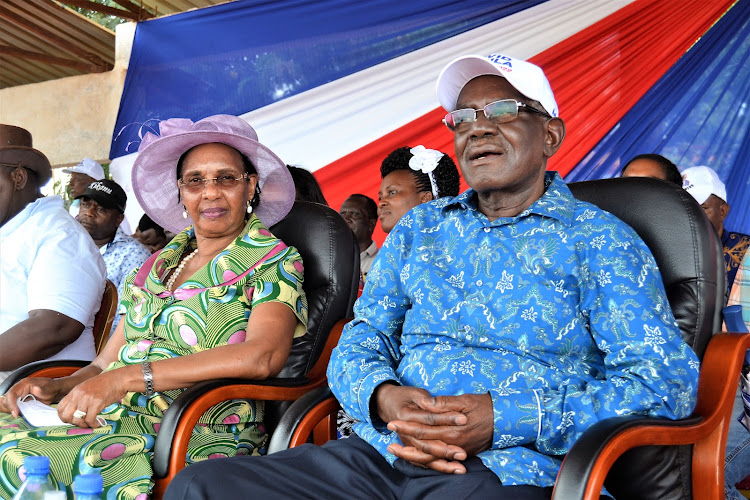 MANIFESTO: Kitui gubernatorial aspirant David Musila and his wife Beatrice during the launch of his bid and manifesto at Musila gardens, Mwingi on Saturday, March 19.
Image: MUSEMBI NZENGU

Kitungu sought to put the record straight saying Musila’s love and affinity to Wiper party was not questionable as he was a founder member.

The chairman said only the crowd asked Musila to go independent.

He further said when Musila mended fences with Kalonzo resulting to his return to Wiper after he quit in 2017, Kalonzo promised to hand him the ticket to fly the party's flag in this year’s Kitui gubernatorial race.

Kitungu said the only misgiving was that Musila had sensed there are some people within and without Wiper who have been planning to deny him the ticket.

"It was at that point that he asked his followers what they thought and they strongly advised he should go independent,” he said.

The chairman said within one week Musila shall announce his position on the party issue.

Musila threatens to run as independent in Kitui governor race

Says some members within the Wiper party ranks were frustrating his efforts to get a direct nomination.
Counties
10 months ago